Bitcoin sees some bounce after forming support at $40k

Bitcoin sees some bounce after the correction stops, and its stays above the $40k support level. This has also happened after the 6-day negative streak and the formation of a reversal candle. This gives me some hope, but we need to note that the price got rejected at $42.8k and has fallen below $42k again. Unless we see some good volume, the price is going to come back to $40k and eventually break down. The death cross has also happened, which is a sign of caution. 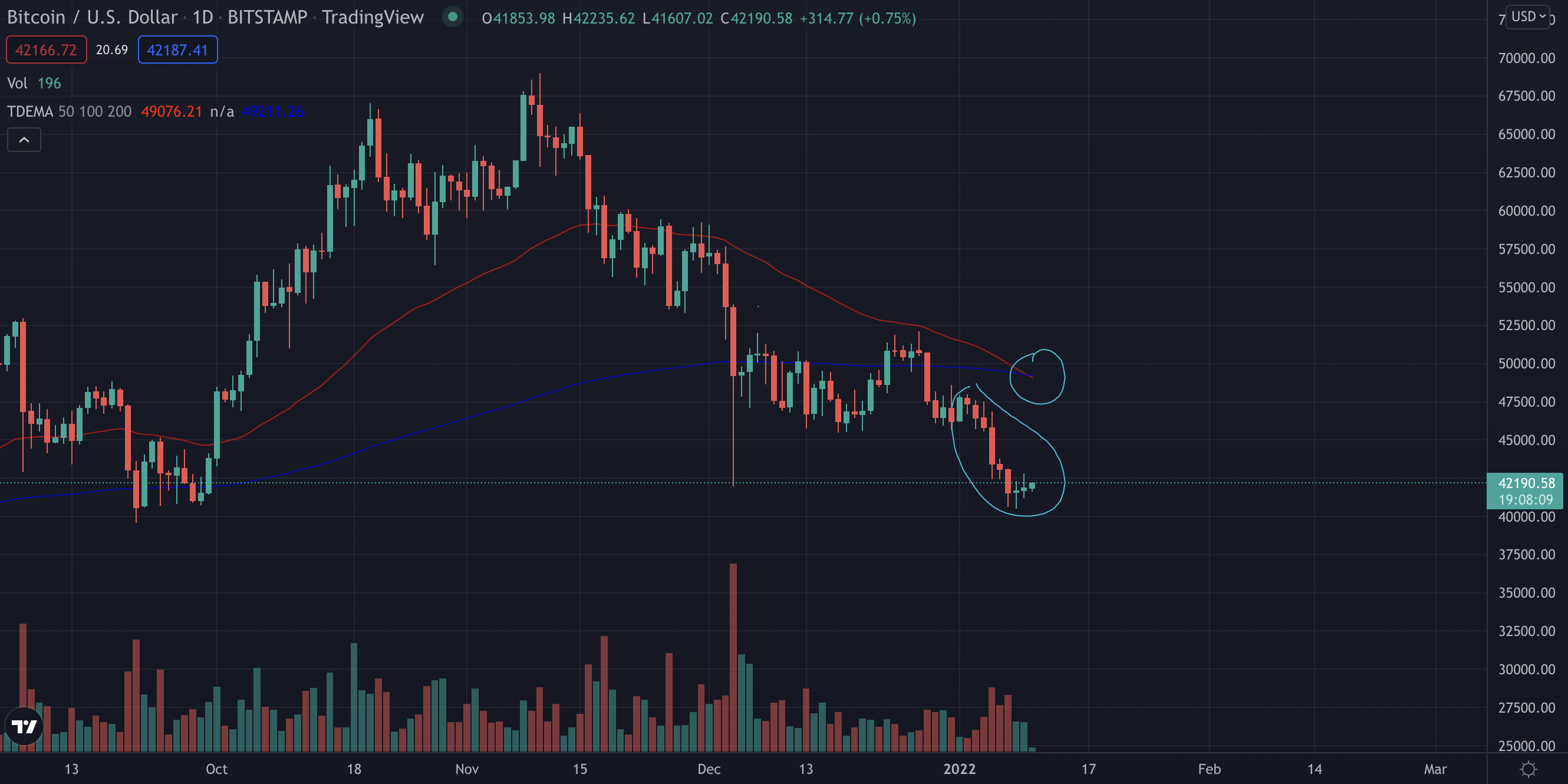 Recently, Mike Novogratz said that he thinks Bitcoin will bottom out at $40k and the reason for this is institutional investments. Mike thinks there are many companies willing to get an entry at this price. But do note that the death cross as the 50-day EMA cross the 200-day EMA could be a bearish sign. This might push the price below $35k, which is the next FIB level.

The good news, though, is that we are in extreme fear level at 23, which is generally a signal for reversal. More corrections could follow, but it is unlikely, and this could definitely be the bottom. According to the Singapore-based crypto firm QCP Capital, we might also be able to see a short-squeeze that all long-term investors are waiting for.

Bitcoin doesn’t have a good history with the month of January. While there has been positive movement in some years, most of the time, it went down. So, this could be just a similar pattern, and unless we move below $40k, there is nothing to worry about. Below $40k, the important levels to watch out for will be $35k and $30k as they are expected to provide strong support to Bitcoin. Also, look out for news regarding the federal reserve, regulations, or any major institutional investment that could change the trajectory of Bitcoin.

If you are thinking of buying the dip, I would say hold off for a while until we maintain a high ground above $40k. And if that doesn’t happen, you will get BTC and alts at a much cheaper rate.

What are your thoughts as Bitcoin sees some bounce from the strong $40k support? And do you think this means we will move up soon? Let us know in the comments below. Also, if you found our content informative, do like and share it with your friends.