Joe Rogan says, “I Have A Lot Of Hope For Cryptocurrencies”

Joe Rogan, a podcaster/comedian/UFC announcer/Fear Factor host/Newsradio celebrity, told Adam Curry the other day that he has “a lot of hope for cryptocurrencies” while interviewing him.

The information was revealed as part of a bigger discussion about Bitcoin and its role in dismantling the “bank’s involvement” in indentured slavery. “It’s this banking system; if we stay in it, we’re doomed,” his guest explained. “I have a lot of hope for cryptocurrencies,” Rogan said. 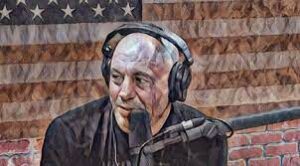 “What we’re witnessing right now, it’s either going to go one way or the other,” Rogan continued. Either it’ll entirely fall apart, or we’ll take this as an opportunity to right the ship…”

Rogan has admitted to having a small amount of cryptocurrency and has received Bitcoin payments of up to $100,000. “I adore it,” he stated regarding cryptocurrency. I wish this was how we transferred money, and perhaps it will be in the future. “Climb aboard.”

During a recent conversation with fellow comedian Tim Dillon, Rogan sounded pessimistic. Dillon said, “We need you to back a coin.” Dillon tried numerous more times to persuade Joe Rogan to invest in a JREverse, but Rogan couldn’t get behind any of it since the “shadiest” individuals he knows constantly attempt to pitch him into cryptocurrency-related gambits.

“It’s exhausting when I talk to folks who want to talk to me about crypto,” he continued. They seem to be stealing my breath… and I simply want to get out of here as soon as possible.”

Dillon did mention that he is utilizing NFTs to fund a film. However, he has yet to reveal any details about his strategy. Despite this, the comedian is a big believer in cryptocurrency’s potential: “We can joke around about it, make fun of it. Because a lot of it is crazy… that being said, blockchain technology is not going away. And I think it will eventually revolutionize how people can make things… all the changes that allow people to crowdsource, or crowdfund, their own projects, I think with crypto it becomes even more powerful and transformative.”