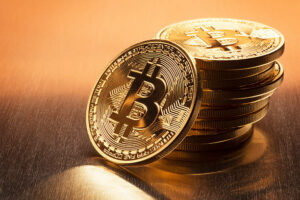 Bitcoin is embraced by many countries across the world, especially after the historical announcement by El Salvador to adopt bitcoin as legal tender. Many experts have been debating around the future of crypto in different countries, and amid all these glad tidings, Netherland is on the verge of banning the currency in the country.

The Chief of the Economic Policy Analysis Bureau of Netherlands published his comments against the currency on Saturday. Pieter Hasekamp, Head of CPB in the Netherlands, believes that bitcoin is negatively impacting the current currency Euro in the country. The sudden plunge in the currency on the weekend troubled Hasekamp and he announced that it is high time that the country should ban the currency to avoid any further damage to the economy.

“For investors and the governments alike, the last person to act is the loser,” Hasekamp said. “The Netherlands must now ban bitcoin (BTC).”

The CPB chief advised the Dutch Government to ban Bitcoin in his essay. Hasekamp believes that Bitcoin is bad money that can drive the Euro out of circulation and this is an alarming situation for the country’s government. The Essay published by Hasekamp was titled “ The Netherlands must ban bitcoin” and he mentioned all the logic behind his negative statement towards the currency in detail.

According to Hasekamp, who is an expert at the economic analysis and forecasts and is officially hired by the Ministry of Economic Affairs in the Netherlands, There are three roles of money, Means of Payment, Unit of Account, and the store of value, and bitcoin failed on these three standards terribly. Hasekamp was never in favor of crypto, and he again wrote his old statement in his essay, “Bitcoin is only good for criminals”.

The Economist added that Cryptocurrency is just a bubble and it is going to collapse ultimately. This was a strong statement coming for bitcoin from an expert.