BMW and Ford to Lead Funding Round on Solid-State Battery Startup Solid battery state is different from traditional lithium-ion batteries.

While most companies shifting towards EVs are using lithium-ion batteries. Large corporations are exploring other options. Ford and BMW are going to lead a funding round of $130 Million on a solid-state battery start-up. 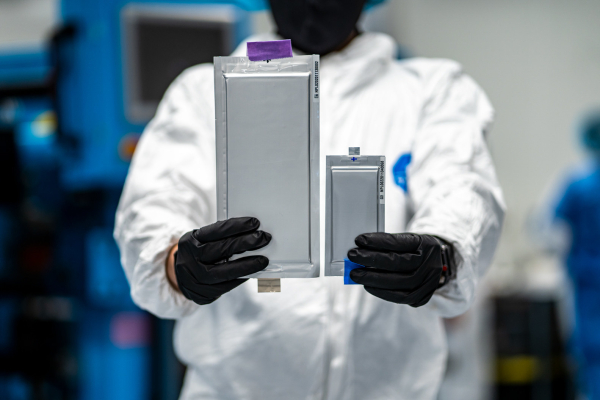 Furthermore, this involves different companies with partnerships and alliances.

The Series B investment round

The companies are investing in Solid Power, a solid-state battery start-up that also includes Volta Energy Technologies. The Series B funding allows Solid Power to explore the options of odd in-house manufacturing capabilities. Also enabling it to progress towards supplying batteries to EVs in the future.

Chief executive and Co-founder of Solid Power, Doug Campbell said in an interview,

” The partnerships and the capital that comes along with it are really going to put us on a good footing to execute on our road map, which simply speaking is qualifying this technology for vehicles in the not-too-distant future.”

This is not the first time a company has been working on a solid-state battery. Dyson claimed in 2018 that they will build EVs with solid-state batteries. However, by 2020 they will use a traditional battery for their first electric SUV with a 600-mile range.

How is the Solid-state battery different?

Tesla’s accidents in the past have always caused concerns on the safety factor. The car crash in Houston, Texas in April needed 32 gallons of water.

On the other hand, a solid-state battery uses a solid form of electrolyte. Unlike lithium battlers which use liquid or gel forms of electrolyte and are highly flammable. On the contrary, this battery has more problems than seen. It is costlier and there is no guarantee yet if this can be used in real-life technology.

The earlier attempts have failed, but at that time there was a transition process going on. Moreover, Tesla which is ahead of its times would have worked on the technology if they saw some future scope. But more companies are interested in technology.

The Series A funding included $26 million in 2018. Also, Hyundai Motor and Samsung are also involved in the funding rounds.

As said by Ford’s chief, Hau Thai-Tang, ” We’ve been working with more than a dozen different start-ups in this space and we’ve been most impressed with the progress that Solid Power has made.”

Dyson’s attempt in 2018 is much different. As more companies are showing interest in the technology. Also, the push towards shifting to electric vehicles is more than it has been in the past.

Additionally, Toyota too says this technology is a “Game Changer”.