BMW unveils electric car i7 from its next-generation 7 Series

BMW unveiled its next-generation 7 Series electric car i7. With a range of over 300 miles, the new design appears to have a traditional look. After almost a decade of not releasing a new electric car, the automaker has been on a spree with respect to revealing its concepts. 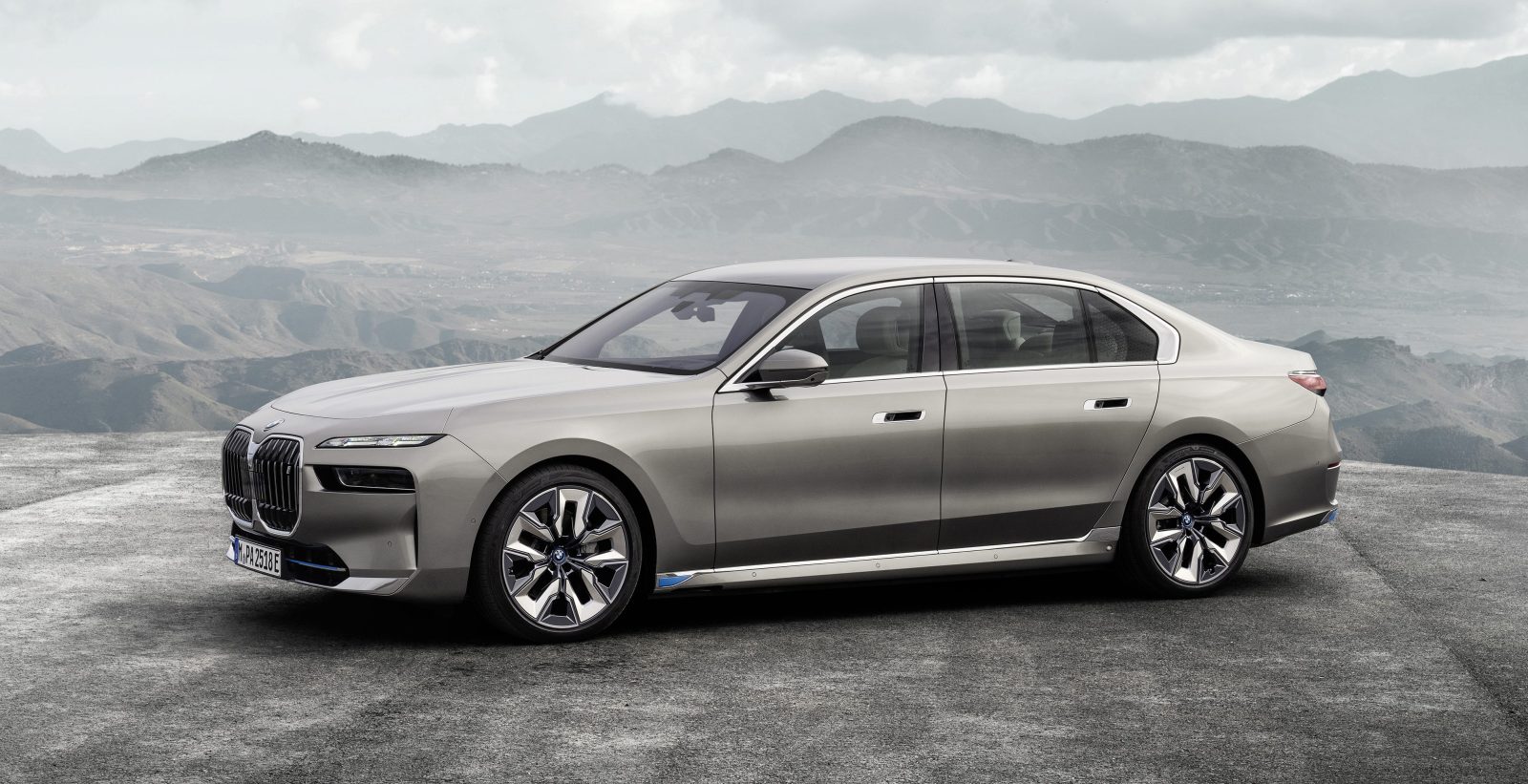 BMW initially plans to only offer the electric version while versions each equipped with a petrol engine and 48V mild-hybrid technology will be available along the i7 in the US and China. BMW also plans plug-in hybrid versions to follow in 2023. The BMW i7 comes equipped with the German automaker’s latest electric powertrain technology enabling a large 101.7 kWh battery pack that will be enough for 625 km of WLTP range and an estimated EPA range of “up to 310 miles”.

The drivetrain consists of two electric motors with a total combined capacity of 400 kW/544 hp. The top charge rate can reach 195 kW, according to the automaker. As its top-of-the-line sedan, the BMW i7 is packed with luxury features, especially with an executive backseat that comes with a stunning “theatre screen”.

BMW talked about the interior features of the new electric sedan. “The new BMW 7 Series incorporates a modern style that focuses on the essentials in its exterior and interior design. The front-end design for BMW vehicles in the luxury segment is dominated by features that are typical of the brand, but a clear distinction is maintained between these models and the others in the BMW range. Innovative features such as the BMW Theatre Screen, the multi-sensory vehicle experience BMW iDrive with the latest generation of BMW Operating System 8, plus the BMW Curved Display and the Manoeuvre Assistant for automated parking and maneuvering, highlight the progressive character of the luxury sedan.”

The exterior design is also interesting in its simplicity and more traditional look. BMW has been known to incorporate some untraditional design accents in its electric vehicles, most famously in the i3, but also more recently in the iX and i4. The most polarizing has been the elongated version of BMW’s kidney grille. For the BMW i7, the automaker went with a more traditional look and even the grille is less elongated. The new version should be less polarizing than BMW’s other recent electric vehicles.  BMW didn’t release pricing information for the new i7. More details are expected closer to the launch in November 2022.