Boston Dynamics to not support weaponization of its robots

Boston Dynamics pledges not to weaponize its robots. Further calls others in the industry to do the same. Robots, like drones, can be used for a wide range of peaceful and even life-saving uses. However, it can be turned into applications to fight war. This constraint also has stopped many industry experts to stop the advancement. 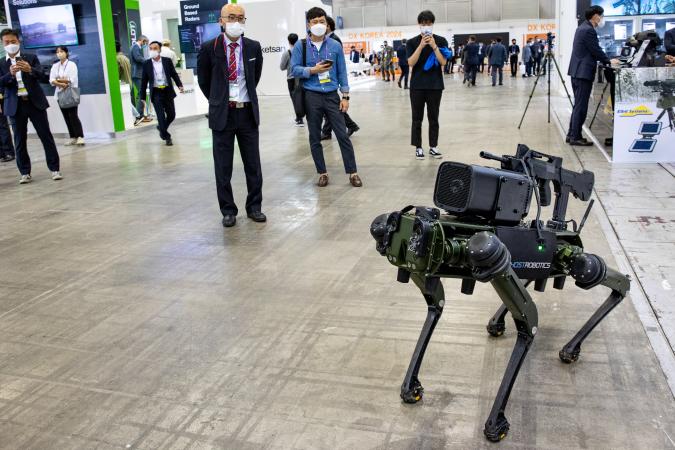 The company issued a letter stating, “We believe that adding weapons to robots that are remotely or autonomously operated, widely available to the public, and capable of navigating to previously inaccessible locations where people live and work, raises new risks of harm and serious ethical issues.” The pledge is that the company wouldn’t be using the technology as a weapon by themselves and they do not support others weaponising them. In addition to Boston Dynamics, five other firms signed on to the commitment: Agility Robotics, ANYbotics, Clearpath Robotics, Open Robotics and Unitree Robotics.

According to Boston Dynamics CEO Robert Pleyter statement, “We are concerned about recent increases in makeshift efforts by individuals attempting to weaponize commercially available robots… For this technology to be broadly accepted throughout society, the public needs to know they can trust it. And that means we need policy that prohibits bad actors from misusing it.”

According to the company, adding weapons to robots that are remotely or autonomously operated can be widely available in public locations. Where these weaponised applications can potentially do harm to public and public’s trust in the technology. It also stated that untrustworthy people could use their robots to weaponise, however they do not support such things. As it would invade civil rights or threaten, harm or intimidate others.

To make things clear they added that they will not weaponize our advanced-mobility general-purpose robots or the software we develop that enables advanced robotics and they will not support others to do so. Boston Dynamics intends to carefully revirew customer’s intention during the purchases. They will further work in developing the technology with reduced risk.

Notice that the pledge says the companies will not weaponize “general-purpose robots,” which seems to leave some room to make robots specifically for the military. However, this pledge might help allay some fears of folks online, who love to react with basically “oh shit,” every time Boston Dynamics puts out one of their videos showing a robot doing wildly athletic things. It mostly appears to be a result of tackling public opinion and gaining trust. However, we are yet to see how the company actually implements in accordance with the pledge.

I should say: Ghost Robotics, which already makes robot dogs for the military, and which last fall at a military arms expo displayed a robot dog with a gun mounted on its back. I do not at this point know if they've sold a gun-armed robot dog to a military.