The Brain Powered Car is Here !

Controlling things using your brain, ever thought about it? There are some people who live in the illusion of doing so and there are some who turn this thought into reality. Researchers from the north-east port city of Tianjin, China, have developed a brain powered car. A team at the Nankai University has developed a car controlled by the driver’s brain signals. The research team has invested two years to bring the brain powered  car to reality. 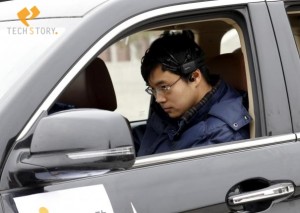 Basic Idea: The Chinese scientists said that the idea was born of the desire of helping physically disabled people to drive. Zhang said that the first starting point of the project was “providing a method to drive without using one’s hands or feet for the disabled people who are unable to move freely and providing the healthy people a new, more intellectualized driving mode”. 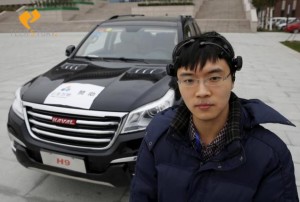 Zhang Zhao wearing a brain signal-reading equipment poses with the vehicle which can be controlled with his brain wave (Image Credits: Reuters)

Leave the Driving to your Brain: In their recent test a researcher wearing a brain signal reading successfully controlled the brain powered car from the back seat. The car was moved forward, backward and brought to a stop. The car could be locked and unlocked too. Watch the video. All this was done without the person needing to use any of his limbs.

The equipment used consists of 16 sensors which captures the EEG signals from the driver’s brain. Signals are sent wirelessly sent to a computer. A software program developed by the researchers processes these signals. It selects the appropriate signals and translates them to control the car. Duan Feng, who leads the project, said that potential road accidents due to the driver being distracted while still in control were unfounded. He cited that intense concentration was needed only to change the vehicle’s moving status such as turning or changing the lane as the reason. 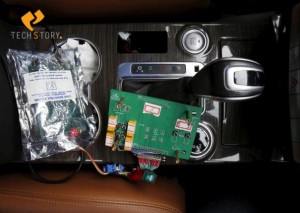 A part of devices of a brain-controlled vehicle system is seen connected to a car during the demonstration           (Image Credit: Reuters)

The Future:  Further development of this technology would give disabled people more freedom. They can lead more normal lives. Duan hopes to couple this technology with that of Google’s driverless cars. The research is being done in conjunction with Chinese automotive house Great Wall Motor Co. Ltd.. The company is China’s largest producer of SUVs. Currently, there are no production plans for this type of vehicle.