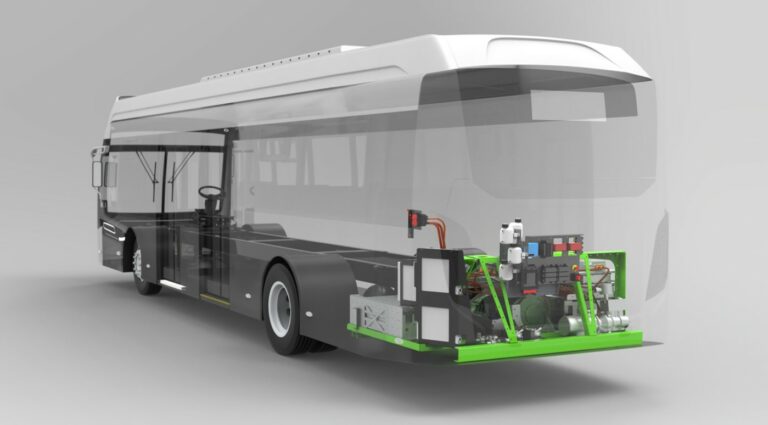 Britain’s Kleanbus revealed a modular platform that can convert any ICE bus to an electric bus. It could be diesel power or gas-powered, the vehicle could be scanned and prototyped using the platform to build an electric vehicle. According to the company, this is the most effective way to have a cost-effective and faster transition towards EVs. Both hybrid and diesel vehicles could be replaced in the UK, pushing toward the country’s goal of zero emissions.

The platform works for both single and double-decker buses. Leading Tier 1 suppliers took part in the development of the module platform. It makes use of electric motors that do not have permanent magnets and do not have rare earth materials. Basically, the company says it can create any platform, that is designed for a bus. That platform will be able to build the electric vehicle version of the bus that was scanned and prototyped. The whole interior and design are set in the platform that will work for the electric vehicle. Once the e-drivetrain is customized, designed, and tested, an individual bus can be retrofitted. According to the company, the design and testing of the platform can be done within two weeks.

The company says that converting an existing diesel or hybrid bus into an electric one costs one-fifth of what purchasing a new electric bus would cost. Also, they state that they are giving various options like operators can finance their vehicle in various ways. From paying upfront and leasing the battery, to paying nothing upfront and leasing both the vehicle and the battery. All the changes can be done according to requirements.

Currently, 97% of the UK buses are powered by diesel engines that emit large amounts of carbon, oxides of nitrogen, and particulate matter and there are about 35,000 of them on road. Thus, it is a major challenge for the country to decarbonise its transport sector. Kleanbus co-founder Joe Tighe believes that replacing these vehicles with new electric buses is an expensive option for private companies whereas government subsidies will take many years given fleet turnover rates. Thus, the solution offered by Kleanbus is a fast and efficient way toward zero emissions.

This is an effective way to work towards electric vehicle transmissions. Many entities in the automobile industry have been coming up with such ideas. Like battery-recycling to reduce the battery-making costs, replacing the engines in vehicles, and many such things.  In the end, it depends on how much impact the initiatives are bringing in the transition.