ByteDance lays off hundreds thanks to Beijing’s crackdown

Chinese tech giant ByteDance finds itself in a hot soup right now, as the TikTok parent has recently laid off hundreds of staff, thanks to Beijing’s tutoring crackdown. The Chinese government has set up a new regime, which is quite worrisome for the after-school teaching industry, and has already forced the social media biggie to off with a significant chunk of its own online education business.

GoGoKid Going Down, Others To Shift Focus 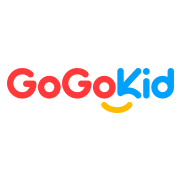 Employees working on edtech offerings like GoGoKid, Qingbei, and Guagua Long, at the firm have been informed that they will be laid off with due compensation. However, this doesn’t veil the fact that hundreds of staff members will be affected with this move, while many others will be forced to move to teams dealing in other ByteDance products. Moreover, it still remains unclear whether any more employees will be laid off in the near future, and company representatives have not come forward to provide any explanation.

Out of the products that are being closed down, GoGoKid will be shut down completely. This particular offering is an English tutoring platform which provides a one-on-ome experience to students, akin to VIPKid, a service owned by competitor Tencent Holdings. Meanwhile, Guagua Long and Qingbei will be shifting their focus towards quality education, including arts and coding.

The new Chinese legislation which resulted in this mass lay off, has been touted to be one of the harshest-ever that the country has ever come up with. The curb has been levied on the nation’s after-school tutoring industry, which is currently valued at a whopping US$100 billion. Under the same, many private firms have been barred from raising capital and earning profits by teaching school subjects to children. These firms are also being deterred from hiring foreigners outside China as teachers, or from teaching school subjects to kids under six years of age. Guagua Long and GoGoKid have come directly under the hammer, along with many other platforms.

With this, it looks like the Chinese government is planning to run the roller over the private tutoring-cum-edtech business, which has recently faced severe global backlash, owing to high prices, cut-throat competition, and a growing paranoia among parents.

Despite the new regime being less than a month old, investors have already taken to selling off their shares, which resulted in some US$1 trillion being wiped off entirely.

This would come as a major letdown to ByteDance’s education business, which had, in its golden days, boasted of a workforce spanning over 10,000 employees. GoGoKid has already been shut down, it seems, and the app is no longer available on Apple’s App Store in the country. VIPKid, however, is still functional. Also, ByteDance isn’t the only one who has been shutting down shop and has laid off hundreds. Meanwhile, other industry giants like TAL Education Group, are planning to provide some services for free, while also setting up a greater variety of self-study sources.

Gaotu Techedu, on the other hand, is shutting down 10 of its 13 offline coaching centres, while laying off over 10,000 people. Finally, Yuanfudao, which is backed by DST Global and Tencent, is planning to take down all its advertisements.