Riot Block Chain earns millions of Dollars for doing nothing

Cryptocurrency has been attracting a lot of investors from the past decade, as the market is growing by leaps and bounds. The opportunity that a cryptocurrency investor gets in the industry to earn is huge. But, why do the prices of cryptocurrencies are so high, especially for bitcoin?

One of the main reasons for the high prices of cryptocurrencies is that the mining of each bitcoin or other highly valued cryptocurrency exhausts a huge amount of energy. If the statics are true, then Bitcoin Consumes an estimated of 150 Tera-watts electricity annually. In fact, the use of electricity for the mining of bitcoin yearly is more in comparison to the consumption of an entire country yearly. This gives us an idea how much do these miners drain the electrical energy to mine cryptocurrencies. 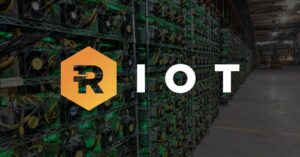 Riot Blockchain, one of Texas’ largest Bitcoin mining operations, last month generated almost $9.5 million in power credits simply shutting down its equipment. In order to increase the amount of power available to ERCOT, which supplies electricity to 25 million Texans, Riot voluntarily cut its energy consumption, according to its monthly report.

Millions of dollars given to mining industries to shut down mining

The first and foremost plan of action for the companies is to stop giving these companies millions of dollars to halt mining. Surely, US cannot adopt a framework like China, banning cryptocurrency from the entire nation. But, it is high time, US thinks of alternative steps to curb the power consumption.

What do you think about the power consumption rates used for mining cryptocurrencies? Do you think US is doing the right thing by paying millions of dollars to mining companies? Share your thoughts in the comment section below and share this article with your friends and families.