Carnegie New Wave Technology Set to expand market Working alongside HPE, the company has been coming up with new technology.

Last year in December, Hewlett Packard Enterprise Company (HPE) was set to help the Australian-based, Carnegie. Now the company says that the product is ready to be incorporated into certain power solutions. 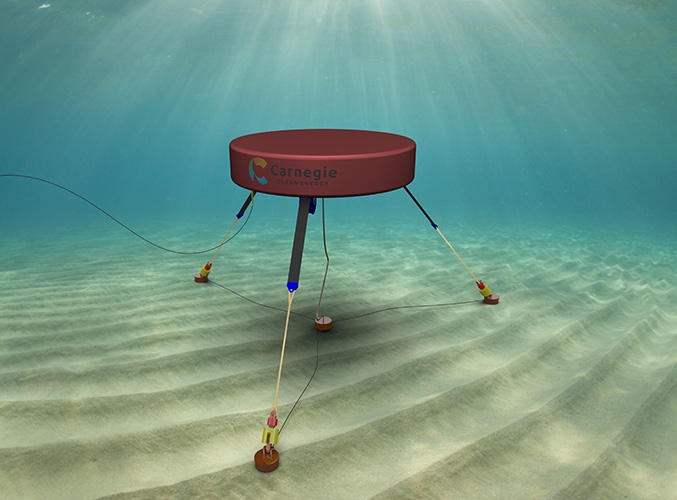 Furthermore, Carnegie is also working on optimizing the CETO system. As the company is currently debt-free, it is set to achieve its new goals.

As HPE corporate with Carnegie, they developed an AI-based controller for CETO wave energy technology. This technology is the one Carnegie had been working on for a long and with HPE’s involvement, they added AI technology too.

As seen in the picture, the fully submerged prototype sits on the surface of the ocean. With its legs, it is slightly above the ground by few meters. HP labs provided its reinforcement learning expertise for this device.

Also said by Carnegie, “The teams at Carnegie and HPE look forward to working together to pursue this exciting innovation. Which has the potential to improve the performance and reduce the cost of the CETO technology and revolutionize control of wave energy converter.”

Furthermore, Reinforcement learning is a specific part of AI technology. Here the machine’s learning ability is self-learning. The team was already working on an intelligence controller.

Based on the wave pattern, the technology detects on its own and generates energy accordingly. As said by Carnegie,

“The RL controller, which comes pre-loaded with a simple control scheme, explores away from this reference using the concept of reward to identify and learn good control actions.”

Additionally, the company is going to focus on collecting data. Including further testing, so the applications can be broadened. For now, they plan to imbibe their technology in vessels and barges which float in the oceans. Usually, such barges are used o store fuel and other components in large masses.

CETO has been working on the technology since before 2017. Only recently, the company has come debt-free as well as technology use in applications.

Also, the company is receiving more funding and support now that renewable energy demand is increasing. Companies are looking for innovative methods to generate energy in cheaper ways.