Choosing the right show on Netflix is now a piece of cake A new feature called 'Play Something' was launched by Netflix, making it easier to find shows to watch

We are people who appreciate several choices. The more the choices, the better the opportunities to explore something new and interesting. And yet, when we log in to our Netflix account, we stumble around new shows and almost always end up binging on the very same shows that we might have already watched ten times. The problem here is not lack of choice, but interestingly the opposite. The huge wave of choices offered by the platform is quite overwhelming that we cannot arrive at a decision. However, Netflix has brought a solution to this problem. Viewers can now bid goodbye to the indecision and dilemma and enjoy new shows that will match their taste. 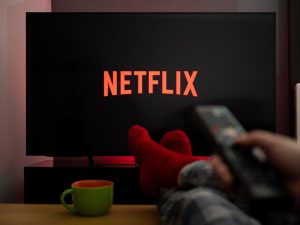 Netflix launched its new feature called “Play Something,” on Thursday. This universal feature will offer suggestions to users worldwide based on their binge habits and preferences. In short, it will read our minds and suggest something that will fit the frame.

This will help the users to dodge unrelated content that doesn’t really suit their taste. The new feature will offer a tailor-made list of shows to watch based on our existing preferences. The algorithm works brilliantly around our tastes, collecting information from a variety of sources like the watchlist titles, new movies, and series that we might have started but not finished.

If you are not able to find a suitable show after the first click of the “Play Something” feature, you can click it again and the list will be further filtered to match your taste and clear away your indecision. The feature is now available for the users of the app. It is underneath the user profile, in the tenth row of Netflix’s homepage.

This interesting feature will be of immense help in saving time that is otherwise lost on scrolling through a never-ending list of shows that often drains us to the point that we lose the will to watch even after finding one that is good enough. That will no longer be a problem since “Play Something” is off to the rescue.