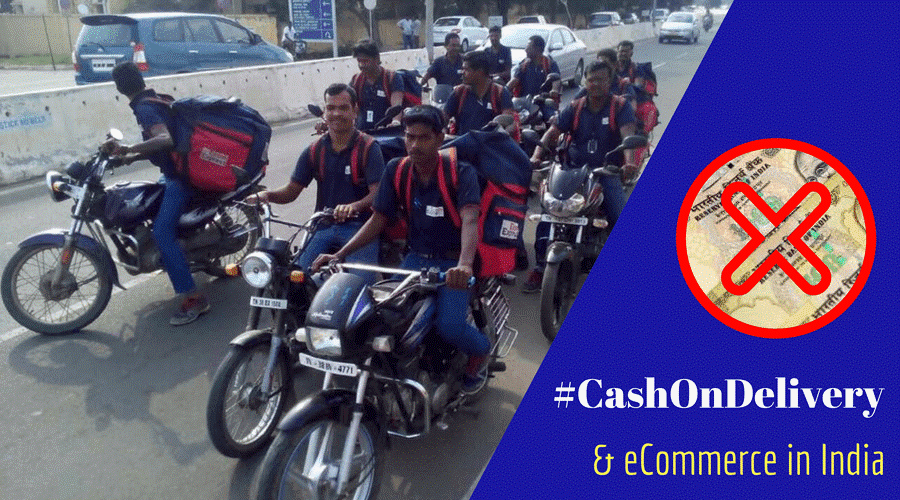 The valiant act of demonetization of 500 and 1000 notes by PM Narendra Modi has left many dumbfounded. This bold decision which aims to control black money, fake money and corruption prevailing in the country has a widespread effect on all the sectors of nation but the ecommerce industry seems to be largely effected by the change in currency.

A study has revealed that COD orders range from 0.5% to 80% for different ecommerce retailers across the country. India’s leading E-tailer’s Flipkart, Amazon, Snapdeal and others are going to have a dip in their businesses for the coming days as the noteworthy amount of purchases on their ecommerce platforms are done through the cash on delivery option by the consumers.

Banks were closed on 9th November and the ATM for 9th and 10th November, this has left the consumers with low cash in denominations of 100 and lower amounts. Even after the opening of banks the long queues and chaos amongst the people and has made the currency transition difficult in the beginning.

Considering the current situation many online portals have decided to restrict their Cash on Delivery sale for now. Amazon India has stopped the cash on delivery in an effort to help customers in maintaining their in hand cash for daily essentials.

Shopclues has restrained COD purchases over Rs. 1500 and the co-founder of the company, Radhika Agarwal believes that with the decline in CoD’s in long run their firm will have a positive impact.

Flipkart’s executive shared some affirmative views about the decision and believes that this can be momentous move for the ecommerce companies and their plans are to bring down CoD’s further and encourage more online payments. For dealing with the current scenario the company has restricted CoD purchases higher than Rs.2000.

CEO and Co-founder of Snapdeal, Kunal Bahl believes that this change can bring the revolution in moving the quantum of India’s economy towards digital money. In support to government’s initiative, the company has stopped collecting 500 and 1000 notes and advised customers to keep the payable legal tender handy with them.

In India online businesses see this as a great prospect to advance their profits in long run by stopping the cash on delivery and moving towards cashless transactions which can lower the considerable amount of cost involved in logistics.

(Disclaimer: This is a guest post submitted on Techstory by by Mr. Sai Pola, CEO, Coupons.in. All the contents and images in the article have been provided to Techstory by the authors of the article. Techstory is not responsible or liable for any content in this article.)