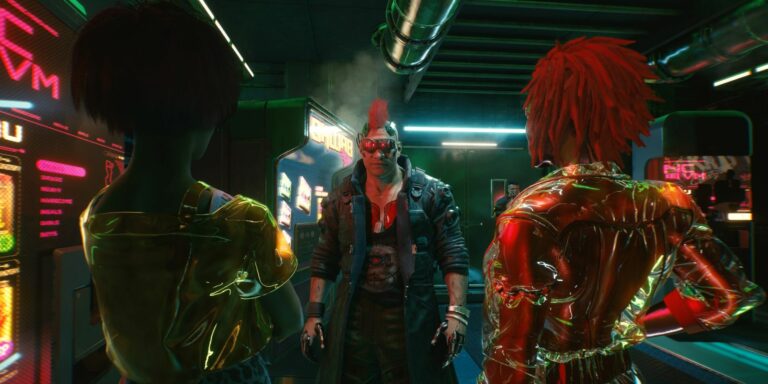 Grab mentioned the hypothetical possibility that Cyberpunk 2077 will appear on Xbox Game Pass from day one, to which Radek Grabowski, PR manager at CD Projekt, responded. With footage of Cyberpunk 2077 gameplay appearing in the aforementioned Xbox Cloud Gaming announcement, Reddit users and internet researchers were quick to speculate that the CD Projekt Red title would soon appear on Game Pass. CD Projekt quickly denied any plans of the game appearing on Game Pass as Cyberpunk became the center of all the rumors surrounding the Xbox pass.

When a small snippet of the game appeared in a recent promotional trailer for the debut of the Xbox Cloud Gaming console, there was hope. The fact that Game Pass videos usually only show game footage available on the service could indicate an upcoming announcement. CD Projekt Reds Cyberpunk 2077 may have featured in a recent Cloud Gaming announcement, but Xbox Game Pass is not expected for RPG, the studio said. Xbox has released a trailer for its Xbox Cloud video game service, which is part of the Xbox Video Game Pass Ultimate subscription, which features footage from Cyberpunk 2077.

The rumors came at a very interesting moment as Xbox has now allowed games of Series X to stream on Xbox one which gives them the ability to enjoy next-gen AAA titles. Several AAA games such as Outriders and Turtle Rock Studios Back 4 Blood were launched on the first day of this year. Given that Halo Infinite’s release date is December 8, Xbox Game Pass will definitely see an increase in membership next month. Cyberpunk 2077 is about to usher in its first anniversary. It already has millions of users. The patch has greatly improved the gameplay of consoles. Fans look forward to some real news next year.

In a conversation with the news organization VGC, Radek Grabowski, CDPR’s global public relations manager, quickly dismissed any suggestion that Night City would join the Xbox Game Pass service. Perhaps the trailer has attracted attention, mocking the possibility that other digital games can be streamed via the cloud.

While the Polish company has tweaked the game over time and it might be a good sign for Cyberpunk 2077 to appear on Xbox Game Pass, a move that we thought a few hours ago could become a reality as the Xbox Console Cloud Gaming Launch Trailer appears on the outskirts Night city. “I just thought I’d step in to say that No Game Pass is in planning for releasing Cyberpunk 2077″, he mentioned where he is known as Radek.

While there are no plans at this time, Grabowski has not confirmed that they will not subsequently put the game into the game library. It is unknown when it will be added, but they do share some evidence that it will make it to the library. The same thing happened with Control, as there were rumors that the name would be released on the platform and Remedy had to scale that loss in order to continue selling its product.

Perhaps the trailer confuses this issue by teasing the possibility of transferring other digital games via the cloud. Microsoft has not yet commented on the case, but the games that will enter the Game Pass catalog at the end of November 2021 have been officially released, excluding CD Projekt Red. CD Projekt RED is currently committed to providing support for the digital version of the game, so even if new buyers are no longer available, those who do not wish to receive a refund will still receive additional updates and fixes to the game. Since the content has been put on hold to allow the team to focus on the “most important fixes and updates,” the updated roadmap states that CD Projekt Red now hopes to launch the DLC in the “first quarter” of 2022.

Sony and Microsoft offered refunds to players on the grounds of errors and poor performance of the old consoles. The original plan for CD Projekt RED was to release a special edition for the next generation of Cyberpunk 2077 in 2021 (if you already own the game, you can update it for free), but the disastrous release changed the roadmap. It is expected that the new game console will be fully released in the first quarter of 2022.

It’s worth mentioning, however, that Microsoft is only using games that are expected to appear on its gaming service soon. Thanksgiving is just around the corner and is often paired with one of the best times of the year to shop for games. In celebration of the Xbox’s 20th anniversary, Sarah Bond, head of gaming ecosystems at Microsoft, recently went into detail about the origins of the company’s popular subscription service and how it was originally conceived as a video game rental service codenamed Arches. For a monthly subscription, an economic model like the one popularized by Netflix, the offer gives you access to a wide selection of video games.