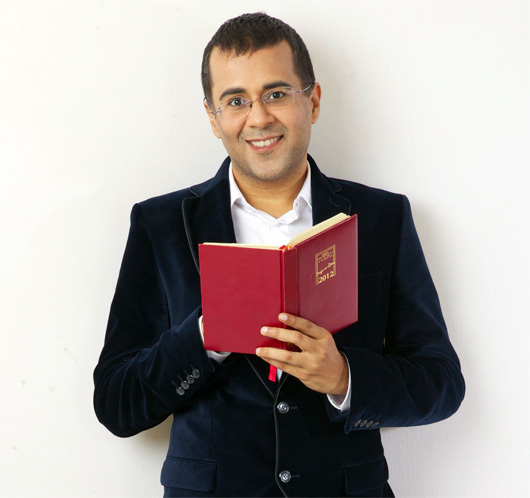 Chetan Bhagat to Quit Writing to Get Into Electric Cars!?

He tweeted, “Turning gears. Moving from writing to setting up an electric car project. Always a mechanical engineer.”

Few questions arise- Does that mean he quit writing scripts.. arrgh sorry- novels? Won’t we be able to see him as a Dance judge on a reality show anymore? No..No! He’s just revealing one card at a time! Like he said, Time to get smarter!

Sorabh Pant, An Author of the book ‘Under Delhi’, Stand Up Comedian and Founder of East India Comedy said, “Chetan Bhagat getting into electric cars is great, I mean he’s an MBA and an Engineer so for a change He’s actually using his skills for doing something for which he’s qualified. Electric cars is a good idea for Chetan Bhagat to concentrate on. His Cars can probably be fuelled by ‘Grammatical Errors’-  The errors just keep popping up and up and up. He can make Formula 1 cars- Fast paced!”

Appurv Gupta, Stand Up comedian and Writer said, “I have read all the novels of Chetan Bhagat but as a ‘fan of humanity’ this 140 character tweet made me happier than reading all those books. I hope this ‘revolutionary’ thought will be with him forever and in his attempt of ‘Making India Awesome’, he will do ‘What Young India wants’ from him: Never starts writing again!”

Twitteratis were quick to react on Bhagat’s new venture-

@chetan_bhagat : Hope you will price them as you have priced your books 🙂

@chetan_bhagat plzz don’t! ? tearing the books was easy, how would I destroy your car ?

Check out his funny video on Chetan Bhagat-