The Myanmar junta has sought, and most likely gotten, Chinese assistance in building an internet firewall to stop the transmission of information critical of the current coup d’etat leadership, which came to power by ousting the Aung San Suu Kyi government in February 2021.

According to media sources, the Tatmadaw (the Myanmar armed forces’ official name) is now unconcerned with the fact that adopting a digital strategy may give Beijing access to all of the junta’s critical information. 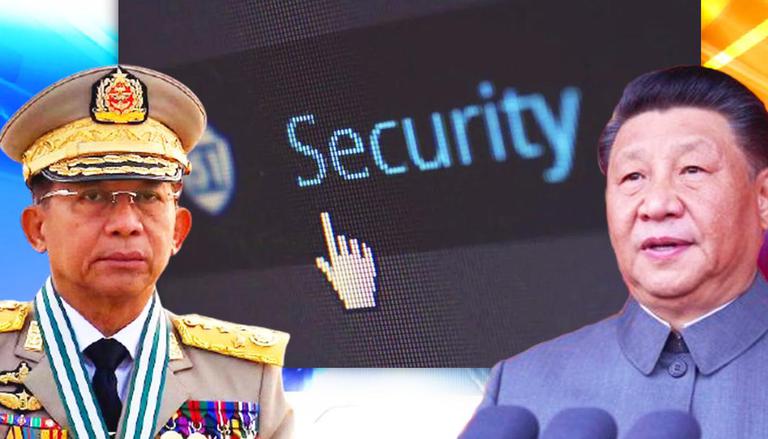 According to Asia Times, Myanmar’s military junta leader Min Aung Hlaing has asked for assistance because the country still lacks technological and digital growth, preventing local media and civilians from having unrestricted access to the internet. As a result, the world is made aware of its atrocities against civilians.

In comparison to other other opposition groups in the country, the junta has been well-equipped with contemporary state-of-the-art guns and ammunition since its February takeover. It has, however, expressed sorrow for not being able to relax its restrictions on digital platforms. Myanmar has urged digital professionals to establish a “internet firewall” to prevent the dissemination of condemning writings, photographs, footage, or any other type of anything that threatens the current leadership. Myanmar has turned to Beijing for assistance.

According to the Asia Times, China and Myanmar are working together to give China unrestricted access and effective control over what can and cannot be posted and watched online in Myanmar. It’s believed to be comparable to Beijing’s “Great Firewall of China,” which has been used for years to silence critics and, in some cases, police dissidents’ online activities.

Experts have expressed concern about the Tatmadaw’s incapacity to understand that allowing Beijing to build a digital wall for Myanmar will allow Chinese agencies to hack into the junta’s military computers and simultaneously obtain important information about internal affairs.

On February 1, the Myanmar army, commanded by Military Commander Min Aung Hlaing, toppled the NLD and declared the November 2021 national elections invalid. After President Win Mynt was charged for violating COVID-19 pandemic limits under section 25 of the National Disaster Management Law, Hlaing announced a year-long state of emergency in the country.

According to a report released in June by the US Institute of Peace, China has breached its formal investment guidelines by striking a substantial deal with Myanmar military authorities. China continues to push plans for a complicated China-Myanmar Economic Corridor (CMEC) in the country, with the military moving through with large joint-venture projects, even after the National League of Democracy (NLD) Party was deposed in a coup d’etat.

This suggests that Chinese authorities have accepted hostile forces, claiming that the Tatmadaw is the “glue” that holds the country together and can help resolve the political problem.