Hackers made $110,000 in cryptocurrency on hijacked HP servers

Hackers made $110000 from hijacking HP servers. During December 9 and 17, the servers were most likely under the control of hackers, who would have made approximately $110,000 from the mining operation.

Hackers made $110000 from hijacking HP servers 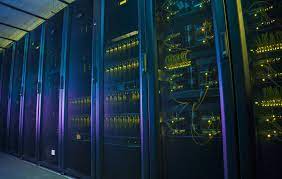 Between December 9 and December 17, anonymous attackers exploited a vulnerability in the Log4J library to hack HP 9000 servers powered by AMD EPYC processors and mine the Raptoreum CPU cryptocurrency on these resources. As a result, until the equipment was taken offline, the Raptoreum network’s hash rate doubled.

The Log4J vulnerability is rated the highest because it allows attackers to initiate connections, download data, and run arbitrary code on a controlled system without having physical access. Raptoreum has a Proof-Of-Work (PoW) architecture, using the GhostRider algorithm built for central processors and resistant to ASIC systems. HP 9000 servers with AMD EPYC processors were chosen as targets for a purpose.

It’s very likely that it was one of the many victims of the Log4J bug, which hit Amazon, IBM, and Microsoft. The afflicted HP servers, however, were revealed to be equipped with AMD’s 9000 EPYC processor, which is utilized to mine Raptoreum at 400MH/s.

Raptoreum engineers noticed an odd hash rate increase on the network on December 9th. The number of machines on the network rapidly expanded, and productivity skyrocketed from 200 MH / s to 400 MH / s. During the period the HP servers were mining, the address they belonged to received nearly 30% of the total block reward or 3.4 million RTM.

GhostRider, Raptoreum’s fundamental algorithm, is a hybrid of proof-of-work and proof-of-stake that is designed to be resistant to accelerators and other sources of instabilities. Because of their massive L3 cache, GhostRider prefers AMD processors. Because of the 256 MB of cache on variants with 32 or more cores, Raptoreum is surprisingly profitable on AMD’s expensive Epyc server CPUs.

This is presumably what drove the hackers to target the HP servers, which were discovered to be 9000-series and employing Epyc CPUs in an exploratory study undertaken by Raptoreum’s engineers. The Raptoreum blockchain provides access to all of this data. Its creators are bringing it up to dispel the misconception that Raptoreum is insecure.

It was worth around $110,000 when the hackers sold half of it on CoinEx, but the value of the half they kept has subsequently plummeted. The remaining assets are still in the wallet, implying that the attackers are likely waiting for the value of the Crypto to rise.