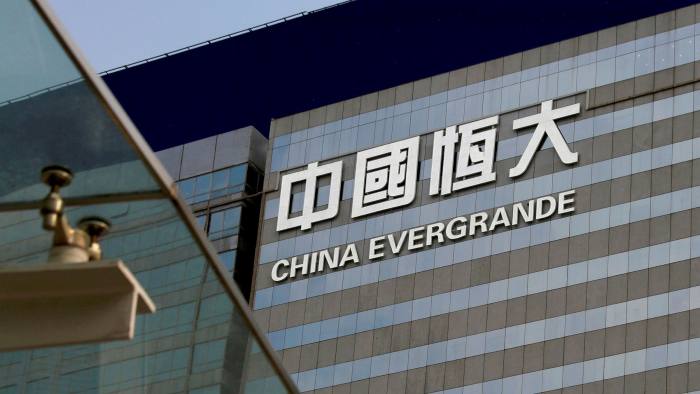 The Hong Kong-listed business has been entangled in the troubles of its parent China Evergrande Group, which was valued more than Ford Motor Co. at its peak in April despite not having a car on the market. As it grapples with $300 billion in obligations, the property developer warned Tuesday it is experiencing “tremendous” financial constraints.

Evergrande also stated that efforts to sell interests in its electric-car unit, which was once one of its most prized assets, had made “no meaningful progress.” In Hong Kong trade Tuesday, Evergrande NEV stock fell as low as HK$3.70, a 28 percent drop. It has dropped 95% from its previous highs.

Evergrande NEV — which stands for New Energy Vehicles — stated in its financial report last month that it would have to delay car production unless it can find more funding in the immediate future, making its lofty aim of dethroning Tesla Inc. as the world’s largest EV producer even more improbable.

The drop is a long cry from the heady days of last year and early this year, when the stock capped a remarkable 750 percent rise, becoming the poster child of an EV stock bubble as investors poured money into Tesla and U.S.-listed Chinese companies Li Auto Inc., Xpeng Inc., and Nio Inc.

Evergrande NEV made a statement at the Shanghai Auto Show in April with an enormous showroom in the center of the event. Despite the fact that nine models were displayed, none of them are now for sale, and mass production appears to be a long way off.

What is China Evergrande?

China Evergrande, formerly known as Hengda, was the country’s second-largest property firm by sales until recently.

Evergrande sells flats to upper- and middle-income property purchasers in the southern metropolis of Shenzhen, near Hong Kong. It has a presence in over 280 cities across the world. Hui Ka Yan (Xu Jiayin in Mandarin) founded the company in 1997 and has subsequently become a millionaire as China’s economy has opened up.

Evergrande has risen dramatically as a result of China’s unparalleled expansion, which has resulted in a spectacular real estate bubble. The company claims to employ 200,000 people and has completed approximately 900 commercial, residential, and infrastructural projects.

Evergrande has branched out into other sectors of the economy, such as food and entertainment. It also owns the Guangzhou FC football club, which was previously known as Guangzhou Evergrande.

However, the company’s electric car division, which was formed in 2019, is presently not selling any automobiles. Hui was ranked the third richest man in China by Forbes last year, but his fortune has subsequently plunged.