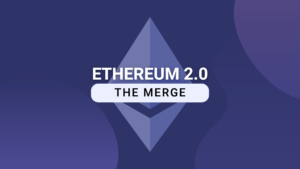 Ethereum is essentially a decentralized, open-source blockchain with smart contract functionality. Previously, Ethereum used to work using the algorithm Proof-of-Work, which majorly used to use a lot of energy for the mining of Ethereum’s native token ETH. The emission rate of the energy was also a lot in this consensus. But, now, the blockchain is advancing towards a new algorithm called the Proof-of-Stake, which will directly help in the consumption rate of the energy and will also reduce the emission rate by the tokens by at least 90%. Not only this, the so called “Merge” is anticipated to provide a lot of other benefits to the investors and the market as a whole.

As the stakes are high in the market in regards to the Merge, one of the top cryptocurrency exchanges went on to announce that they will be halting the deposits related to Ethereum

According to the reports, Coinbase has announced that it will be halting the deposits and withdrawal services of Eth and Eth2.0 until the merge takes place. While the customers will be allowed to trade in other cryptocurrencies and use other services, the use of Ethereum based token will be stopped.

According to Coinbase, this measure of halting the services in relation to Ethereum has come as a precaution. Basically, the merge is anticipated to happen on 15th of September, and it is tipped to bring in a lot of changes and improvements in the systems.

Options for Coinbase customers after the merge

Customers of Coinbase will now have their staked ETH balance listed in their ETH wallet rather than under the ETH2 ticker after the merge. Both staked and unstaked ETH balances will continue to be kept separate; according to the exchange, staked ETH won’t be accessible for unstaking until early 2023.

What do you think about the much-anticipated Merge that is going to happen in Ethereum? Do you think Coinbase did the right thing by halting the trading activity related to Ethereum and how viable the reason is which is stated by Coinbase? Share your opinion in the comment section below.