In the crypto market, the tide has shifted. The price of Bitcoin has dropped by 4% today. Ethereum, the second-largest cryptocurrency, has lost 3.5 percent of its value. Meanwhile, BNB is down 1.9 percent, Cardano is down 3.3 percent, XRP is down 3.4 percent, and Solana is down 4.9 percent. Now Congress announces a game-changing crypto bill while the price of Bitcoin, Ethereum, BNB, Solana, Cardano, and XRP declines. 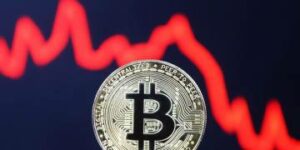 However, there is a huge development on Capitol Hill that has the potential to flip the tide on Bitcoin pricing. As the Federal Reserve continues its inquiry into a digital dollar, which would put major cryptocurrencies like Bitcoin, Ethereum, Solana, XRP, and BNB in competition, one congressman is pushing for a ban on government-backed digital currencies.

Tom Emmer, a Republican from Minnesota, filed a bill this week that would limit the Fed’s ability to issue digital currency directly to American residents, which he believes will lead the country down an authoritarian path.

“As other countries, such as China, build CBDCs that fundamentally exclude the benefits and safeguards of cash, it is more crucial than ever for the US to guarantee that its digital currency policy protects financial privacy, preserves the dollar’s dominance, and fosters innovation.”

CBDCs that fail to follow these three basic criteria might allow the Federal Reserve to transform itself into a retail bank, acquire personally-identifying information on consumers, and track their transactions eternally, according to Emmer. “This CBDC model would not only centralize Americans’ financial information, making it subject to attack but it may also be utilized as a surveillance tool.”

“Forcing users to register a Fed account in order to access a US CBDC would set the Fed on an insidious road similar to China’s digital authoritarianism,” he said in a statement. “It’s vital to highlight that the Fed doesn’t have the authority to issue retail bank accounts, and it shouldn’t.”

Although Fed Chair Jerome Powell stated that private cryptos and central bank-issued digital currencies (CBDC) may coexist, the congressman claims that a CBDC would allow the Fed to spy on Americans, defeating the point of a decentralized cryptocurrency.

“CBDCs that do not follow these three basic criteria might allow an entity like the Federal Reserve to transform itself into a retail bank, acquire personally identifiable information on users, and track their transactions eternally,” he warned.

The Federal Reserve began looking into the possibility of launching its own digital currency in July of last year.

“We believe it is critical for the general good that the central bank maintains a stable currency and payment system.” “That’s one of our responsibilities,” said Fed Chair Jerome Powell. Later, he mentioned “transformational innovation” in digital payments, referring to the cryptocurrency boom.

The Fed did not provide a date and implied that it would not be rushed. “I believe it is critical that we get to a point where we can make an informed decision on this quickly… I don’t believe we’re behind schedule. “I believe it is more important to do this well than to do it quickly,” Powell said at a press conference following the meeting.

The Fed has yet to make a conclusion, but Powell told a US Senate committee on Tuesday that the much-anticipated study on central bank digital currencies would be released “within weeks.”

According to the Atlantic Council, 87 countries (representing over 90% of global GDP) are considering creating their own digital currency. 14 are being tested, including China, and nine have already

Others think it will have the opposite, counter-intuitive impact. Osprey’s founder and CEO, Greg King, believes it will cause a reaction over privacy concerns, driving more people to decentralized private coins.

“Imagine the world’s fiat currencies are digitized,” King remarked in an interview with CNBC following Powell’s statements. I believe that this encourages more people to use a cryptocurrency like Bitcoin because, honestly, it would give governments even more control over their money supply than they now have, and many people use bitcoin to avoid this type of control.”

Also read: Everything You Need to Know About Fractionalized SMB-2367