Controversy on US Infrastructure Bill 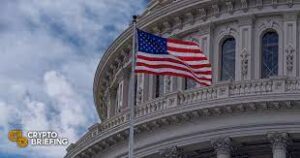 The White House has announced a plan to raise $28 billion from crypto transaction taxes. The plan calls for the US to invest over $1 trillion in infrastructure, with $28 million of that coming from taxing Bitcoin transactions and other digital currency. To do this, the bill calls for more severe tax reporting requirements for the cryptocurrency business.

Crypto exchange CEOs, crypto entrepreneurs, advocacy groups, lawyers, and investors have banded together to oppose Senators Rob Portman and Mark Warner’s proposal, claiming that it will damage the embryonic industry.

The majority of the criticism is directed at the manner the provision is written. It has to do with the definition of a “broke” under the Tax Code.

Non-custodial participants such as miners, validators, node operators, wallet providers, and developers are not required to comply with tax regulations, according to the definition.

Portman and Warner, who drafted the measure, inserted a new amendment on Thursday that stated that Proof-of-Work miners would not be allowed to act as brokers.

The definition, however, made no mention of Proof-of-Stake or developers. Many experts are concerned that significant Defi projects’ developers and validators for Proof-of-Stake blockchains such as Ethereum 2.0, Cardano, and Tezos would be impacted, resulting in more strict tax reporting requirements.

In the future, Ethereum 2.0 will integrate Proof-of-Stake; in the meantime, the blockchain has become the epicenter of the nascent Defi sector.

Many people believe that Portman and Warner’s approach will stifle innovation by overregulating the network.

The Crypto Industry Is Against the Amendment

After persuading the Senate to change the bill’s wording to focus on those providing a service on behalf of someone else, leading figures in the space such as Jerry Brito, the director of crypto advocacy group Coin Center, and Jake Chervinsky, General Counsel at Compound Labs, have spoken out against the amendment.

Senators Ron Wyden, Pat Toomey, and Cynthia Lummis suggested a crypto-friendly amendment to the document on Wednesday, but Portman and Warner countered the next day with their own draught.

Hours after the news appeared that Janet Yellen had pushed the Senate not to support the more crypto-friendly of the two draughts, Chervinsky released a Twitter storm claiming that “this whole thing was [the] Treasury’s idea.”

The Wyden-Toomey-Lummis amendment emphasizes that a crypto “broker” would not apply to any open-source software developers or validators across public blockchains, such as miners or stakes, regardless of the consensus process they utilize.

Proof-of-Work mining is far more energy-intensive than Proof-Of-Stake mining. The Wyden-Toomey-Lummis amendment is widely regarded as realistic for the business, but the White House-backed Portman-Warner amendment is not.

Senators have been battling to achieve an agreement on different changes to a bill that will be voted on in its final form on Saturday. The bill will be brought to the House of Representatives for final approval once it has cleared the Senate. Senators are expected to vote on amendments to the bill.

Hoskinson believes that pro-crypto politicians should be rewarded for their efforts, while those who vote in favor of the law should not receive any assistance or donations from the business. He explained, “We have to create political consequences so they know they can’t come in and victimize our industry.”

Fightforthefuture.org is asking people to call senators and tell them to vote “no” or “yes” on the Warner-Portman-Sinema amendment. Individuals in the can contact their Senators’ offices by dialing 517-200-9518.

A PDF document with a telephone list of senators is available on the US Senate website. When calling the phone number (202) 224-3121, a switchboard operator at the United States Capitol links the callers directly with their Senate office.