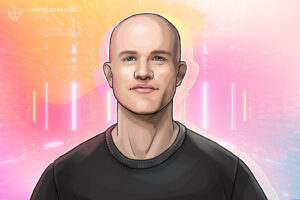 In a 2018 funding round, the coinbase company was valued at $8.1 billion, and in December 2020, it filed with the SEC to go public via a direct listing.

Coinbase’s market value increased to $85 billion after a direct listing in April 2021, and Armstrong’s total net worth surpassed $10 billion.

Armstrong said in a tweet on Wednesday that the crypto taxation proposal’s features might have a “deep negative impact” on the U.S. crypto market and compel digital innovation to relocate elsewhere.

Amendments to crypto taxation rules were a last-minute addition to the $1-trillion infrastructure bill currently before the US Senate, as previously reported.

The Coinbase CEO, like many other opponents of the legislation, criticized the bill’s wide phrasing. According to Armstrong, the bill broadens the definition of “broker” to include anybody who facilitates the transfer of digital assets.

Indeed, critics of the law have said that non-crypto brokerage firms such as miners and software developers could be subjected to onerous tax responsibilities as a result of the measure’s broad wording.

“This makes no sense,” Armstrong said in a tweet, referring to the bill’s broad broker definition. Bitcoin Peter Dolan says smart contracts are not companies, they’re just applications that everyone may use. Smart contracts cannot be adjusted to gather KYC information or issue 1099s he says.

The CEO of Coinbase warned that governments must not stifle innovation in the United States. Galaxy Digital CEO Mike Novogratz chastised legislators and authorities in the United States earlier this month for failing to do their study on cryptocurrency before establishing rules and regulations.

Armstrong urged crypto supporters in the United States to support amendments presented by pro-cryptocurrency Senators Ron Wyden, Patrick Toomey, and Cynthia Lummis that would reduce the definition of crypto intermediates.

Senator Toomey has previously advocated for miners and software developers to be spared from the bill’s crypto tax reporting requirements before introducing the change.

Armstrong also added his voice to the chorus of crypto advocates urging Americans to contact their elected officials and urge them to support the proposed amendments.

If You find this informative then do share it with your friends.