Biden’s huge bipartisan infrastructure package struck a rare chord of bipartisan collaboration between Republicans and Democrats. The bill is being held up by proposed changes to the regulation of cryptocurrency trading, which could make it more difficult for Congress to pass. 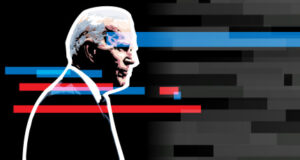 The administration plans to fund $28 billion of planned infrastructure spending by enforcing tax compliance in the formerly unregulated digital currency market. That’s why bitcoin is included in a bill aimed mostly at repairing bridges and roads.

The bill’s detractors believe that its attempt to do so is haphazard, notably a section that declares anybody who is “responsible for and routinely providing any service effectuating transfers of digital assets” to be a broker and subject to tax reporting obligations.

While that description may be easier in a typical financial setting, it might force cryptocurrency creators, companies, and even those mining digital currencies to gather and report information on users, which is impossible in a decentralized financial system by design.

Now, a new change to the essential budget bill threatens to exacerbate the problem.

Square, Coinbase, Ribbit Capital, and other stakeholders warned of “financial surveillance” and unforeseen consequences for cryptocurrency miners and developers in a joint letter about the bill’s text. The bill was also condemned by the Electronic Frontier Foundation and Fight for the Future, two privacy-focused digital rights organizations.

A pair of influential senators submitted an amendment to clarify the new reporting standards in response to the criticism from the bitcoin sector. Chairman of the Finance Committee Ron Wyden (D-OR) fought the bill, proposing an amendment with fellow finance committee member Pat Toomey (R-PA) to change the bill’s language.

The amendment clarifies that the new reporting requirements “do not apply to individuals developing blockchain technology and wallets,” clearing up some of the bill’s ambiguities on the subject.

Sen. Toomey says the amendment clarifies the definition of a broker. “Many miners, network validators, and other service providers” are exempt from the reporting requirements, he says.

The drama isn’t over yet. With the bill’s negotiations still ongoing — the wording could be finalized this weekend — a couple of senators presented a competing amendment that hasn’t been well received by the crypto community.

Sens. Rob Portman (R-OH) and Mark Warner (D-VA) proposed an amendment that would exempt traditional cryptocurrency miners who use energy-intensive “proof of work” systems from new financial reporting requirements, but those who use a “proof of stake” system would be subject to the same laws. The bitcoin section of the original infrastructure bill was co-authored by Portman and the Treasury Department.

A new amendment to Bitcoin has been proposed that would exempt miners from proof of work mining. The amendment would allow miners to keep a portion of their profits, rather than invest in computing gear and energy.

The Wyden-Lummis-Toomey amendment is being touted as a “compromise” to the Warner-Portman amendment. But it introduces new problems that many crypto advocates view as a fresh existential threat to their work. Some members of the crypto community, including Jack Dorsey, have slammed the second proposal.

The White House is apparently throwing its weight behind the Warner-Portman amendment. The amendment would require proof of stake in Bitcoin to be made by the owner of the coin. Congress could vote on the amendment this week.