Cryptocurrency and How It Works 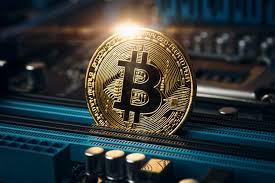 Over here at TechStory we have glossed over a few Indian startups that deal in cryptocurrency and how they began. But before we do a deeper dive into the cryptocurrency landscape of India, it could be a good idea to get a low-down on hoe cryptocurrency actually functions and works. This is in order to get a proper understanding of the business model of cryptocurrency startups and how is a currency exchange becoming a viable model for a business.

So here is a breakdown on cryptocurrency, how it works, and how is different from traditional and digital modes of money. Besides, you can also visit Dchained and join cryptocurrency courses to dive deeper into the world of cryptocurrencies.

First Things First- What Is Cryptocurrency?

A cryptocurrency is a digital form of currency that is built with rules that enable encryptions which makes all transactions by an entity extremely secure and very difficult to hack or fake.

Cryptocurrencies conduct transactions through dual- public and private- keys, which makes the process really simple. The transfers for these currencies can happen through very minimal processing fees which allow users to evade the large fees and taxes implied by other financial institutions.

Who Came Up With The Idea Of Cryptocurrency?

The vision for the world’s very first cryptocurrency was envisioned by a man who goes under a name called Satoshi Nakamoto- “the unknown inventor of Bitcoin”. Bitcoin is the first ever invented and the most important cryptocurrency worldwide.

In his announcement of Bitcoin in late 2008, Satoshi said he developed “A Peer-to-Peer Electronic Cash System.“His goal was to invent something; many people failed to create before digital cash.

The biggest and the most important part of Satoshi‘s invention was that he found a way to build a decentralized digital currency network system. In the nineties, there have been many attempts to create digital currencies but they had all failed and burned to the ground.

“… after more than a decade of failed Trusted Third Party based systems (Digicash, etc), they see it as a lost cause. I hope they can make the distinction, that this is the first time I know of that we’re trying a non-trust based system.” – Satoshi Nakamoto in an E-Mail to Dustin Trammell

Until Satoshi came in the scene and proved his vision to be true no one has believed that something like this could even be possible.

So How Does It Function?

So put simply. cryptocurrencies are a public database. Which means that rather than one authority keeping your money and keeping a check on your transactions, there is a public database or ledger of transactions. If you make a transaction where you give money to someone everyone on that network will check whether money has been withdrawn out of your account, whether it has gone to another account.

This is, of course, a simplified version of what crypto actually is. This whole process is done programmatically.

Here is a video to explain the functioning of cryptocurrencies in a more simple manner:

Countries like India are already on their way to promote cashless economies which s why something like cryptocurrencies will see a leap forward. The future of cryptocurrency can be summarized in this one very well thought statement:

“In the next few years, we are going to see national governments take large steps towards instituting a cashless society where people transact using centralized digital currencies. Simultaneously, the decentralized cryptocurrencies – that some even view as harder money – will see increased use from all sectors.” – Caleb Chen London Trust Media