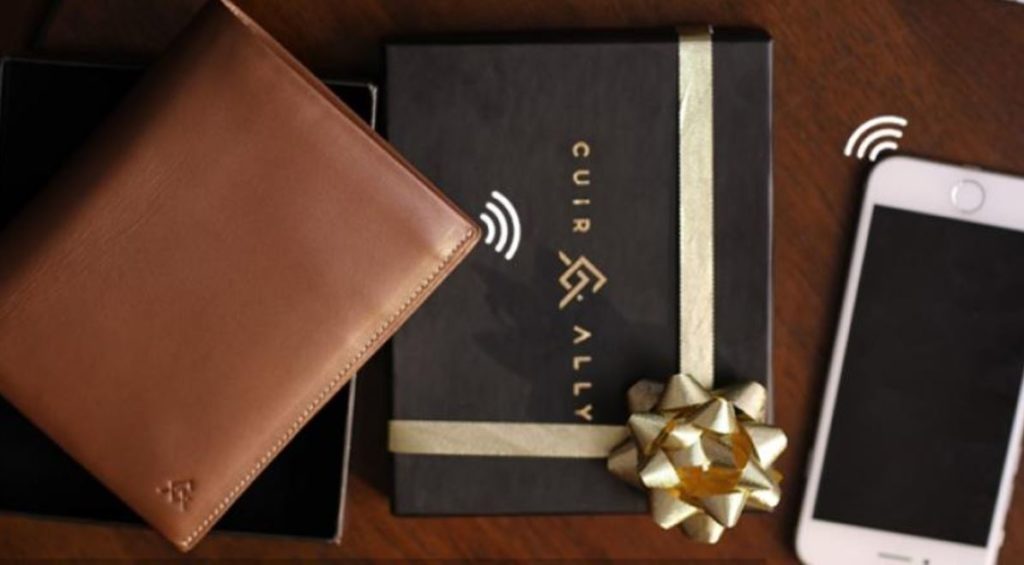 Leather goods industry has always been about traditional design approach. Cuir Ally is challenging the status quo and pushing boundaries with their unique designs and smart tech integrated features.

Started in 2016, Cuir Ally, has a 20 year long vision of becoming a global brand out of India in the affordable luxury leather goods space. Currently they sell two unique kind of wallets which are a fusion of functionality focussed design and modern technology.

Leather goods industry has always been about traditional design approach. We are challenging the status quo and pushing boundaries with our unique designs and smart tech integrated features. We are in it for the long run and have been highly profitable from Day 1.

The flagship product, the Voyager Smart Wallet – a smart wallet that connects to your mobile phone through bluetooth technology so that you never lose your wallet or phone ever again is currently being crowdfunded in Fueladream.

They also launched the World’s Slimmest Unisex Wallet, STARK, which help men to slim down from carrying fat bulky brick like wallets in the pockets.

The inspiration to develop the product has a been a very common problem that we all face – forgetting our wallets! Voyager Smart exists to solve this very problem that almost everyone of us would have faced several times in their lives.

However, we just didn’t want to make another smart wallet. We wanted to make a functionally superior wallet.

Voyager is an allrounder wallet that doubles up as a travel wallet accommodating passport, pen, boarding pass – all your travel needs fitting right into you pocket. With the VOYAGER, you cannot lose your wallet or misplace your phone anymore. This pure leather smart product does the following:

The team had always been very confident about the smart wallet adoption amount the customers because it solves a very common pain point that every one of us faces – forgetting our wallet/misplacing them & not knowing where it is.

Related Read: IoT In Fashion: How Internet Of Things Is Trending In The Fashion Industry

But, the key here was to explain it to the customer as it is a new concept and it is the first time people would be seeing something like this.

We had to earn their trust that this is a genuine product which currently exists and not one of those futuristic products which is still only in the concept stage. So the challenge was to educate the customer for them to trust us enough to make that purchase decision.

The USP of Cuir Ally is their design and the advantage of being the first mover in the smart wallet space. When it comes to design, Cuir Ally, has focused on how existing wallet designs can be improved to make it more functional apart from adding smart tech features in contrast to competitors who try to put a smart chip inside traditional wallets. 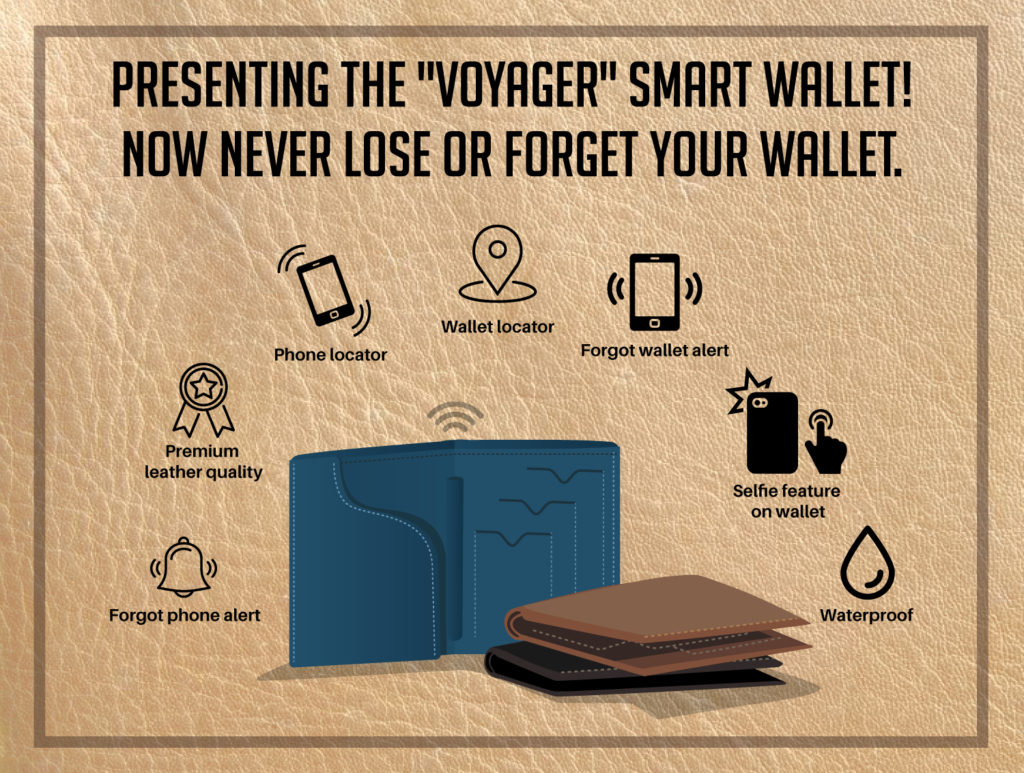 The problem with simply adding a smart chip inside the wallet is the usability of the wallet with a smart chip. While it adds tech functionality, it creates a couple of issues in the wallet’s usage. One, when customers sit on it leads to false triggers as the chip’s button is pressed accidentally, two, it damages the cards as the cards are bent around the wallet, three, the chip’s button cant be easily accessed if its is located behind cards/layers of leather.

We designed the wallet around the smart chip and not the other way around. Importantly we have patented this design, to protect our interests. So a competitor would really have to try something out of the box to compete with us.

As a first mover, they have seen comments on international competitors video where the customers say, “Hey, this is like Voyager Smart wallet but doesn’t look smart enough” which clearly summaries their product differentiation.

With a diverse product pipeline, Cuir Ally would like to identify themselves as a premium leather goods brand by not focusing on just selling smart wallets. Their beta customers have noticed this point and have returned to purchase the non-tech version of wallets too.

Mr. Sathyaraj who has over 2 decades of experience in the leather Industry has been the key driver behind Cuir Ally. Their off-take was through a detailed e-commerce portal which explains the product and its functioning in a simple manner so that even the most basic customer can understand it.

Now, the challenge was to drive traffic to a new brand’s website. They made an ad film explaining the smart wallet feature with an emotional connect which had garnered over 13 million views and millions in sales. In less than 7 months of operation they have a fan following of over 31,000 on social channels as well.

One of the key learnings of their journey was when they were hit by Chennai’s Vardah cyclone just a week after their initial rollout.

We learnt two important things, one that we have to accept that not everything is in our control & two we need to have a contingency plan in place for such eventualities.

It was a nightmare, as the brand had just launched, collected payment from orders and not delivered. Sending out regular communication updates to customers who were kind enough to understand was helpful but what was more important was to have a plan B for such situations.

So brands need to have some basic plans as to what needs to be done to face such one off calamities because for customers who are in different locations, its very difficult to understand the reason for delay in fulfilment.

Now that they have faced and experienced it, they are better prepared and the natural progression was to be available in retail stores pan-India. Looking at the past success of products on Fueladream, they chose to go for a crowdfunding campaign to access more funders and also to generate enough funds to fuel growth and expansion. The product can now be pre-ordered at Fueladream for INR 2199.

They are targeting an aggressive retail presence expansion in sometime along with launch of 3 exciting smart products details of which are under the wraps at the moment. They are also inviting premium resellers all over India to partner with them in the journey of a young brand’s growth.