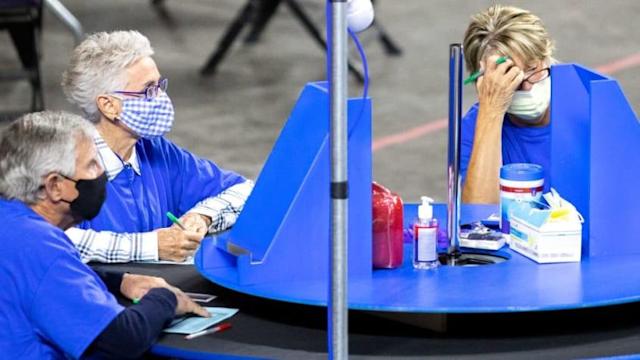 After a county government report criticized the firm and a judge ordered it to pay $50,000 per day in fines, Cyber Ninjas, a firm hired by the Arizona state Senate to undertake a review of Maricopa County’s election results, said on Thursday that it is closing down.

The news of Cyber Ninjas’ closure was originally reported on Thursday by Sam Levine, a reporter for The Guardian, who tweeted that CEO “Doug Logan and the rest of the employees have been let go and Cyber Ninjas is being shut down.”

The revelation came after a Thursday order that Cyber Ninjas turn over public data, including emails and text messages, to The Arizona Republic in order to comply with an August judgement – or face fines of $50,000 per day. Following former President Trump’s accusations that the election was stolen from him, the firm was contracted to perform an audit of the 2020 election in Maricopa County. Arizona was a tight race that Biden won by a hair. The subpoena wanted all 2.1 million votes, counting equipment, and troves of digital election data from Maricopa County, which is home to 60% of Arizona voters.

Cyber Ninjas “formed erroneous and inaccurate inferences regarding more than 53,000 ballots in 22 different categories,” according to the county. The county tweeted Thursday, “An empty piata is a pretty appropriate picture of the ‘audit’ as a whole.”

Senate President Karen Fann recruited Cyber Ninjas, a Florida-based firm with no prior election review experience, to conduct a “forensic audit,” as she put it. Logan previously worked with attorneys and Donald Trump supporters to overturn the 2020 election, and while the ballot review was continuing, he featured in a film disputing the election results. Similar records are sought in a second public records lawsuit filed by the watchdog group American Oversight.

Wilenchik’s plea to withdraw from that lawsuit was also refused by Maricopa County Superior Court Judge Michael Kemp on Thursday. He said he won’t consider granting the request until Cyber Ninjas hands over records and Logan takes a deposition, at the very least.”Prompt and appropriate resolution of an important public problem would be denied both the Court and the public,” Kemp said. A legal expert has offered his opinion on the current scenario.

“Just because it’s in the hands of a private organization doesn’t mean it’s not a public record,” Tim La Sota said. “Otherwise, a government agency might easily employ a third-party provider and have them keep everything.” According to La Sota, the Arizona State Senate should intervene and address the matter.

“This audit was conducted under the authority of the Arizona Senate,” La Sota explained. “I believe that these data will eventually be released in some form or another, but it may necessitate the involvement of the Senate. It’s one of those instances where the buck stops there.”