In a surreal series of events, Dave lee, the famous investment strategist came up with an exact number of tesla’s bitcoin holdings from their earning transcripts.

Only @elonmusk and $TSLA’s master of coin would do this…

to which Tesla’s chief engineer replied,

“We don’t have that many Bitcoin, but it’s close” 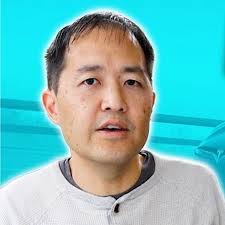 The world has seen the value of Musk’s stance on bitcoin. Legendary comic Jimmy Durante amused wartime viewers in the 1942 film “The Man Who Came to Dinner” with a wild song called “Did You Ever Have the Feeling That You Wanted to Stay.” Jimmy is at the piano, and the musical twist is that he has no idea whether he’s coming or departing. The bantam comedian bounces to his feet and dons his stetson as if he’s about to go, then sits back down and removes the hat as if he’s staying. He’s beating the keys and trilling while doing his yo-yo routine “Have you ever had the feeling that you wanted to leave but also wanted to stay? Go or stay, stay or go, go or stay, start over and change your mind!”
Elon Musk’s scepticism of Bitcoin is reminiscent of Jimmy’s “did you ever had the feelingin'” situation. Tesla CEO Elon Musk notably bought $1.5 billion in the namesake cryptocurrency early this year, prompting a massive rise, only to backtrack in May, tweeting that Tesla will no longer accept Bitcoin as payment for its electric vehicles due to its large carbon impact, sparking a selloff. Then, in early June, it appeared like Musk was quitting Bitcoin when he posted a meme about a couple breaking up with a Bitcoin hashtag and a broken heart emoji. Two weeks later, the auto industry’s premier showman appeared to put down his stetson and return to his keyboard, tweeting that Tesla would resume accepting bitcoin payments.
Also, Musk appeared on one of the most awaited bitcoin events, “the B word”
with Jack Dorsey and Cathie wood.
What do you think of these impacts, that Tesla CEO’s eccentric tweets have caused? tell us in the comment section below!