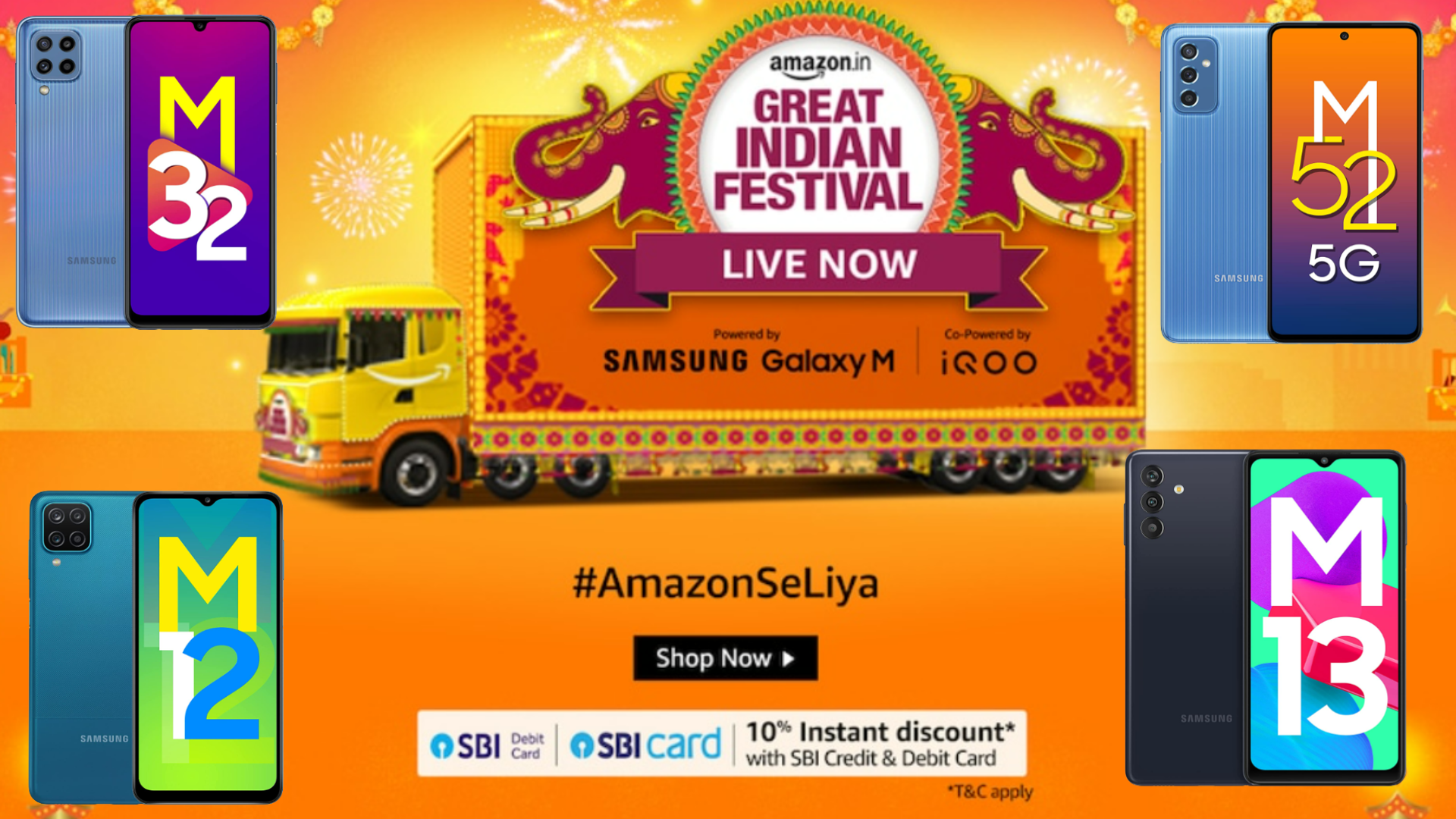 If you are looking to upgrade to a new Samsung Galaxy M series smartphone then you can have a look at the discounts offered for the Amazon Great India Festival Sale.

If you are also looking to upgrade to a new smartphone? Then you can checkout our entire article, to know about the latest deals on the Samsung Galaxy M series smartphones.

Here are also the deals on discounts available for Samsung Galaxy M series smartphones, let’s take a deep look into it: 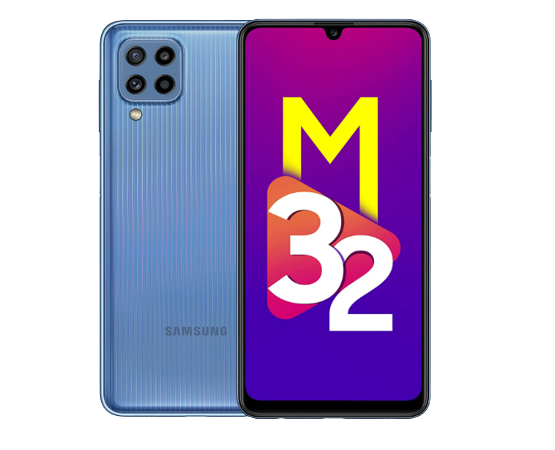 This smartphone comes with a bigger 6.4-inch Super AMOLED display on the front side with the support for FHD+ peak resolution and also supports 90Hz gaster refresh rate.

On the rear side, you also get a bugger 64MP camera coupled with 8MP plus 2MP plus 2MP rear camera setup. On the front side, we get a 20MP front-facing selfie camera too. The smartphone is powered by a bigger 6,000 mAh battery. 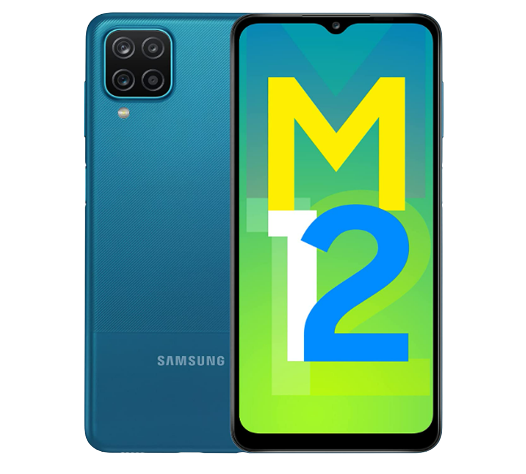 The smartphone gets its power from Samsung’s Exynos chipset which is the new Exynos 850 chipset. This chipset is again coupled with 4GB RAM and also 64GB of internal storage as well. 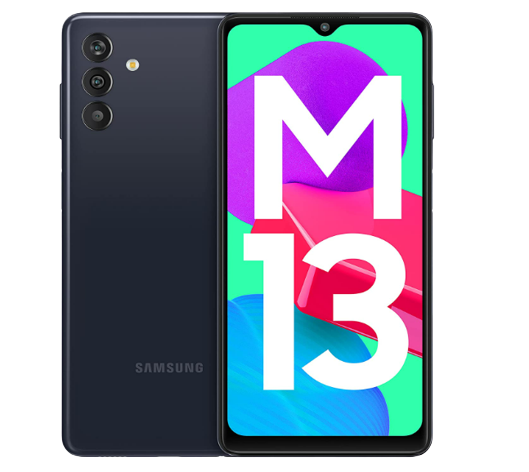 On the rear side, we get to see a bigger 50MP rear camera sensor coupled with a 5Mp plus 2MP sensor onboard. Talking more about the internals, the smartphone features up to 12GB of RAM with the help of the RAM PLus feature and also gets 128GB of internal storage which can be expanded up to 1TB. It also features a bigger 6000 mAH battery. 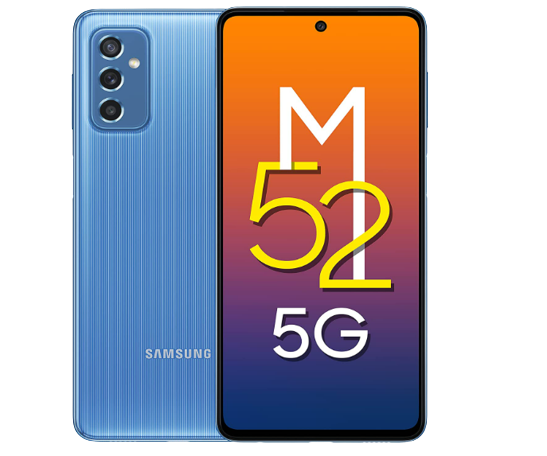 This Samsung Galaxy M52 5G smartphone comes with a comparatively better specification onboard. The smartphone also features a bigger screen of 6.7-inch in size and also it is a super AMOLED screen supporting up to FHD+ peak resolution as well.