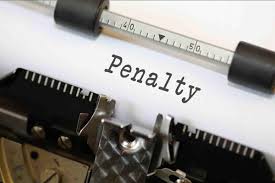 The total fine in a case involving the use of private devices by financial institutions has increased to more than 2 billion dollars. The fine imposed by the US regulators is for the financial institution’s failure to keep an eye on their employees’ unauthorized communications using personal devices.

The break up of fines brings out that SEC has imposed the highest amount of fine of 1.1 billion, this has been followed by the fines imposed by CFTC with a fine of 710 million dollars. Previously in the month of December last year financial institutions including Bank of America Corp, Citigroup, and Goldman Sachs Group, JP Morgan were fined 200 million dollars.

The SEC chairman in its statement highlighting the importance of trust in financial transactions has said that by failing to keep the records of the communications the financial institutions have damaged the trust. The chairman further added that with the advancement in technology it becomes increasingly important to only use the official channels for financial discussions. The Chairman also highlighted on the importance of keeping the records regarding transactions safe.

Finance, ultimately, depends on trust. By failing to honour their record-keeping and books-and-records obligations, the market participants we have charged today have failed to maintain that trust,” SEC Chair Gary Gensler said in the agency’s statement. “As technology changes, it’s even more important that registrants appropriately conduct their communications about business matters within only official channels, and they must maintain and preserve those communications.”

The Security Exchange Commission and Commodity Future Trading are jointly looking into the alleged irregularities in the record keeping. According to the SEC, the communication through private devices allegedly involved discussing, debts, and deals that took place from 2018 to 2021.

The regulator has said in its statement that the irregularity took place at multiple positions of the bank across the hierarchy. The communication of the financial institutions using personal devices was more pronounced during the covid period when the employees were asked to work from home.

Some of the financial institutions reportedly who are at the forefront of settling the claims is JPMorgan bank.

Earlier the CFTC, Commodity Future Trading Commission chief had said that these discussions on private devices and the social media app WhatsApp took place deliberately to evade any legal scrutiny. The Commissioner had also alleged that the employees very well did so on purpose.

The SEC, in its statement, had also highlighted the importance of record keeping saying that the preservation of data of communication is sacrosanct. The agency had said that keeping communication is essential in determining wrongdoings.