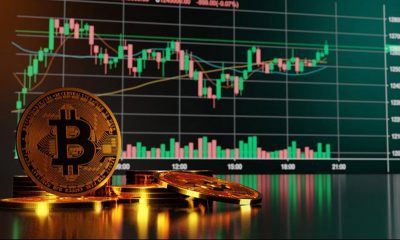 Despite a bloodbath in the market, the mayor of New York City advises investors to buy the dip

In response to the price of the world’s most valuable cryptocurrency, Bitcoin, falling below $41,000, the mayor of New York City advises investors to buy the dip and profit afterward.

Mayor Eric Adams of New York, who took office on January 1, recently stated: “Bitcoin Below $50,000 Presents A Perfect Buying Opportunity”. Market conditions are volatile at the moment. Many market participants are urging investors to sell their shares, while others see this as a great investment opportunity, similar to the old adage of buying the dip and selling the top.

The problem currently is that, as a result of Bitcoin’s recent slump, the belief that Bitcoin is now in a bear market and that the bull cycle has finally concluded has grown. The Bitcoin fear and greed indicator, which has reached its lowest point since late July, reflects market sentiment.

The price of Bitcoin has dropped 10% in the last week, trading slightly above $42k. In addition, the coin has dropped to its lowest point since September 2021. As a result, the market has turned into carnage. There’s a lot of selling pressure right now.

More Bitcoins have entered the market during the last week, indicating a pessimistic shift in investor attitude. Furthermore, the net inflow suggests that more investors are selling the coin than are buying or keeping it.

When he started his new job as mayor of New York City in January, Eric Adams said he plans to “accept my first three paychecks” in bitcoin, beating out his Miami counterpart and even some cryptocurrency CEOs.

The Brooklyn Democrat used Twitter two days after winning the mayoral contest to announce how he will be compensated as a public servant at first. After seeing a tweet from Miami Mayor Francis Suarez, who indicated he planned to accept one paycheck in bitcoin, Adams tweeted his three-paycheck crypto gamble.

“The Bitcoin business, as well as other fast-growing, inventive industries, will be centered in New York City,” Adams tweeted.

The state of New York is frequently the focus of media attention when it comes to cryptocurrency regulation and enforcement in the United States. The case against Bitfinex and Tether was settled by the New York Attorney General’s office, which agreed to pay $18.5 million in damages and ordered Coinseed to close its doors in February after the firm allegedly duped investors out of more than $1 million.