In the past, the method of sequencing DNA was not only time-consuming and laborious but also greatly expensive. Moreover, at that time, it was possible only to sequence a small number of base pairs, which was too less from the number required to sequence a single gene.

Fortunately, vast technological advancements have been made since then. Moreover, automation has made the process much faster, efficient, effective, and practical. In today’s age, single genes are sequenced regularly, quickly and at a much lower cost at laboratories.

The main growth drivers of the market include a rise in sequencing applications, technological advancements in DNA sequencing, increasing number of genome mapping programs, and rise in R&D investment.

Several recent developments in the field are making way for a prolific growth in the future. In February 2017, Promega Corporation and Hitachi High-Technologies Corporation announced the development of a benchtop capillary electrophoresis (CE) instrument for DNA analysis. In July 2017, Helix launched its app store for genetics.

In May 2017, Mayo Clinic launched first-in-world mate-pair sequencing test that figures out breakpoints of chromosome rearrangements.

Promega and Hitachi Comes Up with a Novel Development

By collaborating with Hitachi High-Technologies Corporation, Promega Corporation announced the development of a benchtop capillary electrophoresis (CE) instrument for DNA analysis in February 2017.

Featuring four-capillary, six-dye detection with an integrated touch-screen, the Spectrum Compact CE System runs up to 32 samples at one go. Plug-and-play prefilled reagent cartridges with a guided software user interface in the system allow for easy operability.

In July 2017, Helix, a DNA testing startup, introduced its app store for offering genetic tests. The company along with its launch partners are coming out with 20 tests that are supported by Helix’s DNA sequencing technology.

The test reveals every detail of an individual such as ancestry, risk of inherited diseases such as diabetes, and more. Instead of sending your spit to a number of different places for different tests, you could just let companies access your genetic code.

Now say you want to try Vinome, a test that analyzes your DNA to determine your taste in wine. Since you’ve already had your spit analyzed, you only have to allow Vinome to access that information and your results will come back to you in a short time.

The test analyses the 23 pairs of chromosomes in a go and it could help clinicians and patients avoid the expensive tests while searching for a chromosome defect. Since the test analyses all the chromosomes, it could figure out past unknown alterations that may provide patients with a diagnosis or alter their treatment.

In March 2017, MagBio Genomics, a biotechnology company based in the USA, launched its cfKapture 21 kit for isolation of circulating cell-free DNA (ccfDNA) from stabilized plasma sample. The kit contains a proprietary reagent that prevents degradation of plasma after separation and ccfDNA fragments for up to 21 days at room temperature.

This lets laboratories safely transport and process samples within a much longer time frame without requiring extensive cold chain, thereby bringing down cost, improving efficiency, and increasing outreach for both local and international samples.

The facility meets the growing needs of the scientific community in the country and the customers in the US.

Also Read: Connecting Jokes With Innovator’s DNA. What Makes Me Think and Laugh 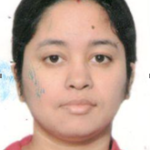 Sharmistha has always had a keen interest in reading and writing. Allied Market Research has given her the chance to gain knowledge about different subjects.

Her love for words has brought her to writing, and she aspires to make each of her written works a piece of art.