Goldman Sachs, one of the world’s best known banking, investment, and securities management companies, was in for a rather weird turn of events recently. A Managing Director for the firm’s London Office reportedly quit his job after he made quite a huge fortune by investing in the cryptocurrency, Dogecoin. 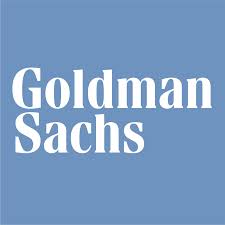 Just until a few months ago, many investment companies and experts had deemed Doge to not be a strong contender in the cryptocurrency market. However, the crypto has since been climbing up the ladder in terms of valuation. Only yesterday, it recorded a 20% growth in prices (reaching a value of 53 cents per token), after SpaceX Chief Elon Musk polled his followers on whether his company should accept Dogecoin as a form of payment.

A testimony to the crypto’s growth has come to light in the form of Aziz McMahon, the Managing Director of Goldman Sachs’ Londen branch. After having worked with the firm for 14 years, it was confirmed that McMahon had departed the company. The reason for the same was said to be the fact that he had made a good fortune when Dogecoin had reached record highs in terms of prices, recently. He may now be looking to start his own hedge fund, the report says.

Investors Not Weary of Volatility

Dogecoin, among other types of crypto like Bitcoin and Ethereum, has been seeing soaring increases in valuation recently. However, being volatile, it is also prone to quick crashes. Last weekend saw Doge lose more than one-thirds of its price, only because Elon Musk called it a “hassle”.

Nevertheless, many companies are now increasingly investing in the crypto as well. Seats are now being sold in exchange of Doge at Oakland A’s. Dallas Mavericks were all set to complete 6,000 using the crypto in April. Dogecoin has also been termed to be the crypto people “actually use”, and don’t just keep.