Dogecoin Might Soon Be Able to Perform Offline Transactions

Timothy Stebbing and Michi Lumin of the Dogecoin Foundation provided updates on projects GigaWallet and RadioDoge, including a look at the architecture that RadioDoge is built on.RadioDoge will allow Dogecoin to reach a wider audience because it does not rely on the internet to function. Meanwhile, the parent business of Sandbox metaverse reality has bought Eden Games, the developer of the Need For Speed: Porshe video game. Dogecoin Might Soon Be Able to Perform Offline Transactions.

Tim (@tjstebbing) and Michi (@michilumin) offer some thoughts and updates on projects—including a peek at the infrastructure being used for RadioDoge.https://t.co/dGhxIaWqFF

RadioDoge focuses on using low-cost radio technology (HF/LoRaWAN) in conjunction with the global Starlink satellite network to provide low-cost, wide-scale access to Dogecoin for individuals who live outside the reach of standard internet infrastructure. Dogecoin will be able to make transactions without the use of the internet as a result of this. 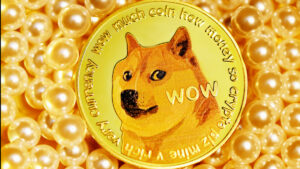 GigaWallet promises to create a publicly available drop-in solution for internet-based trading and tipping by combining a noncustodial wallet with the Dogecoin network. In terms of recent Radiodoge progress, the Dogecoin team claims it has been focusing on laying the groundwork for GigaWallet and RadioDoge, as well as many future projects, by utilizing the first phase of Libdogecoin, a building block for creating Dogecoin projects.

Yes! It will be possible with the project “Radio Doge”, which focuses on using Radio technology combined with the global Starlink satellite network to enable access to #Dogecoin for people outside the reach of internet. @elonmusk pic.twitter.com/Z7ymzt9GSI

Libdogecoin has reached the 0.1 milestones, allowing users to create and validate addresses and transactions, according to the team. On the testnet, the first test transactions (through Core Node relay) have also been completed, and Dogecoin addresses have been formed, with the library successfully receiving Dogecoin on the main network.

The first RadioDoge “Regional Hub,” which will act as a testing ground for the technology, was constructed last weekend. The first libdogecoin transactions are expected this week and will be relayed 150 miles over HF radio in Colorado to the Regional Hub, where they will be transferred to the Dogecoin testnet via Starlink satellite.

According to the Dogecoin Foundation, DOGE’s objective is to become the de facto global currency for exchanging goods and services. It claims to be focusing on programs to prepare the Dogecoin Ecosystem for rapid grassroots adoption, citing the reality that 1.7 billion people are unbanked globally.