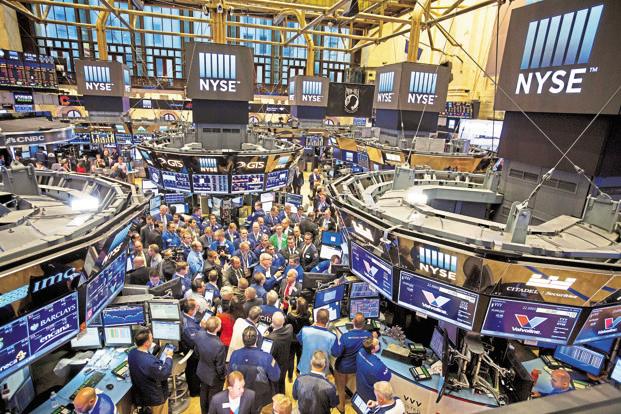 U.S. stocks pushed higher Tuesday, buoyed by a rally in tech shares, as all three indexes clawed back from intense selling last week spurred by worries around persistent levels of inflation and the prospect of an economic slowdown.

Investors largely shrugged off hawkish remarks from Federal Reserve Chair Jerome Powell at a Wall Street Journal conference Tuesday that signaled the central bank was prepared to raise rates above neutral if needed in order to rein in elevated prices.

The S&P 500 gained 2%, and the Dow Jones Industrial Average jumped 400 points. The tech-heavy Nasdaq Composite advanced 2.8% as technology stocks rebounded from a down session Monday. T

he moves to follow six straight weeks of declines for the S&P 500, its longest span of losses in more than a decade, and seven consecutive down weeks for the Dow Jones Industrial Average, the index’s widest period of weekly losses since 2001.

Stocks and other risk assets have been pressured by inflation and the Federal Reserve’s attempt to tamp down price increases through rate hikes, which has led to concerns about a potential recession.

Fed Chair Jerome Powell said at a Wall Street Journal conference on Tuesday that “there won’t be any hesitation” about raising rates until inflation is under control.

However, some recent economic data, including the jobs report and retail sales data from April, still show the U.S. economy is growing.

The 10-year Treasury yield dropped to 2.87% Monday, as it continues to pull back since trading as high as 3.16% last week.

Meanwhile, U.S. oil prices jumped more than 3%, with Texas Intermediate crude trading above $114 a barrel. The price of WTI crude has been at its highest point since late March.

The Twitter stock plunged 8.2% Monday, as Elon Musk said a Twitter deal is “not out of the question,” but potentially at a lower price. The comment comes as Musk and Twitter Chief Executive Parag Agarwal spar over the number of fake accounts on Twitter.

Musk is committed to paying $54.20 per share. Twitter shares closed at 37.39 Monday — below April 1’s closing price of 39.31. On April 4, Twitter soared more than 23% after Musk reported owning a 9.2% passive stake in the social media company, becoming its largest shareholder.

At the same time, Walmart shares dropped nearly 11.4% after the retail giant reported an earnings miss because of rising prices. The company raised its sales outlook, but it lowered its profit forecast.