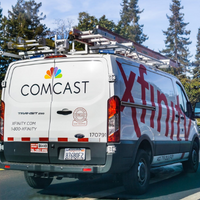 Due to the stalled growth, Comcast wants Internet users to pay more

Comcast’s issue is that it isn’t gaining many new broadband subscribers. But Comcast also has a solution: charging more to current customers. With 32,163,000 residential and commercial Internet subscribers combined, Comcast failed to add any news in Q2 2022.

Only 14,000 new broadband users were added in the most recent quarter, according to Comcast’s Q3 financial report, which was released yesterday. Additionally, Comcast lost 316,000 VoIP phone subscribers and 561,000 video customers.

In a call to discuss yesterday’s earnings, Comcast officials emphasized ARPU (average revenue per user). Comcast wants to increase the average monthly payment each current customer makes because it is difficult to attract new consumers.

“We expect ARPU growth will continue to be the primary driver of our residential broadband revenue growth in the near term,” Comcast President and CFO Michael Cavanagh said

Comcast might increase its customer base by entering new areas or connecting homes in communities where some residents cannot access broadband service despite their neighbors having Comcast Internet service.

However, Comcast frequently refuses to install new hookups unless homeowners pay tens of thousands of dollars upfront and seem satisfied to stay in its current market.

The nation’s largest cable carrier is “still in a tough situation in terms of low move activity and rising competition from new entrants,” according to Comcast CEO Brian Roberts.

“While we don’t anticipate residential broadband units to be a significant driver, for now, we expect to maintain healthy growth in the other three, leading to a continued strong financial performance at cable for the foreseeable future,” Roberts said.

Cavanagh said, “When compared to the prior year, growth in our subscriber base and ARPU drove a 5.7% increase in broadband revenue. According to the growth rate in the second quarter, the ARPU for broadband climbed by 3.7 percent on an annualized basis.”

In its earnings call three months ago, Comcast mentioned ARPU growth and said that pricing increases contributed to the Q2 gain in per-user revenue. CEO of Comcast Cable, David Watson, stated at the time, “In broadband alone, we saw extremely robust ARPU growth, 3.6 percent, with half being rate-driven and the other half just how we manage tier mix.”

Roberts highlighted yesterday, though, that Comcast is “we are giving our stockholders a sizable capital return. We distribute around $5 billion in dividends annually, and through the third quarter of this year, we have bought back $9.5 billion of our own shares.”

Comcast has a number of strategies for increasing revenue from current customers. This includes selling mobile plans; Comcast increased its total number of cell lines to 4.95 million during the quarter by adding 333,000 new wireless lines. As a result, revenue from wireless services climbed 30.8 percent to $789 million. Comcast also offers home security services.