Elden Ring is one of the most anticipated games to be released in 2022. This is a new RPG developed by FromSoftware, the developers of the Armored Core and Dark Souls series, and on October 16 a new gameplay video was leaked. A 30-second video on YouTube that includes footage of the game showing some amazing environments and gameplay. The funny thing about this leak is that it is one of the shortest in recent history but is also the longest by Elden Ring standards, as previous leaks have shown less than ten seconds of blurry screen footage. 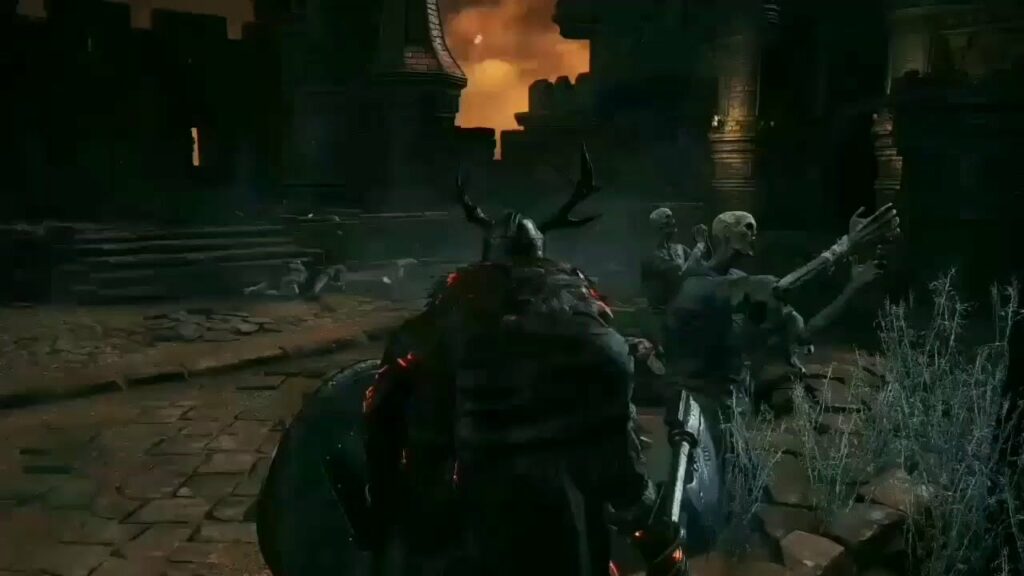 The gameplay clip in question gives us an insight into the avatars of the game and a quick pan through the open world. The alleged material is an ‘inside video’ for the Xbox One version of the game. The leaked footage doesn’t show much of Elden’s gameplay, but it does show a bit of how the game unfolds in the official trailer.

A 27-second clip of Elden Ring gameplay has made it onto the internet, and while the shot shows little more than an armored figure on a cliff, looking up at a glowing tree, jumping over rocks, and scaring a few eagles. The new little look at the gameplay of Elden Rings is not exactly captivating gameplay, showing a panning of the breathtaking world while the player jumps around like an angry crow, but the footage looks fantastic.

It looks as if security is tight for leaks as many tweets sharing a brand new look at the Elden Ring gameplay that is set to take over the game world by storm have been deleted quite sharply, but we could find the footage in the recesses of Twitter. The short clip which has been around since its first reveal trailer, remains mysterious and unconfirmed at the time of writing, although it was recorded on an Xbox one and the studio got it removed from a number of YouTube channels before it made its way on to Twitter. Recently leaked footage of Elden Ring was posted live on social media and shows not only a short video of a swordsman walking through a mountainous area, but viewers can see miles of hills, trees, and ruins from a distance. The leak is only 27 seconds long, but the advertised gameplay footage includes more than just the character stumbling over rocks. Open-world footage of the upcoming action role-playing game shows early build footage of player characters traveling through the open game world.

Still, the clip itself gives us the chance to admire the visual aesthetic of the game which is very tempting and if the rumors are true, the game will be running on the Xbox One. The graphics sometimes look a bit sketchy in the footage, but they’re on an Xbox One console, so those of the last generation can be happy to hear they will get a free next-gen update when they buy the game.

Unlike other games such as Dark Souls, Elden Ring will focus more on open-world gameplay, where players can find their own way and choose which areas to explore. The Elder Ring clip also shows that Dark Souls game developer FromSoftware has a special jump button. The trailer debuted during the Summer Games Fest Kickoff Live confirmed that the title will be released for PlayStation 5, PlayStation 4, Xbox Series X / S, Xbox One, and PC on January 21, 2022. As per reports today Elden Ring has been delayed by one month to February 2022 with a closed network beta test in Mid-November.