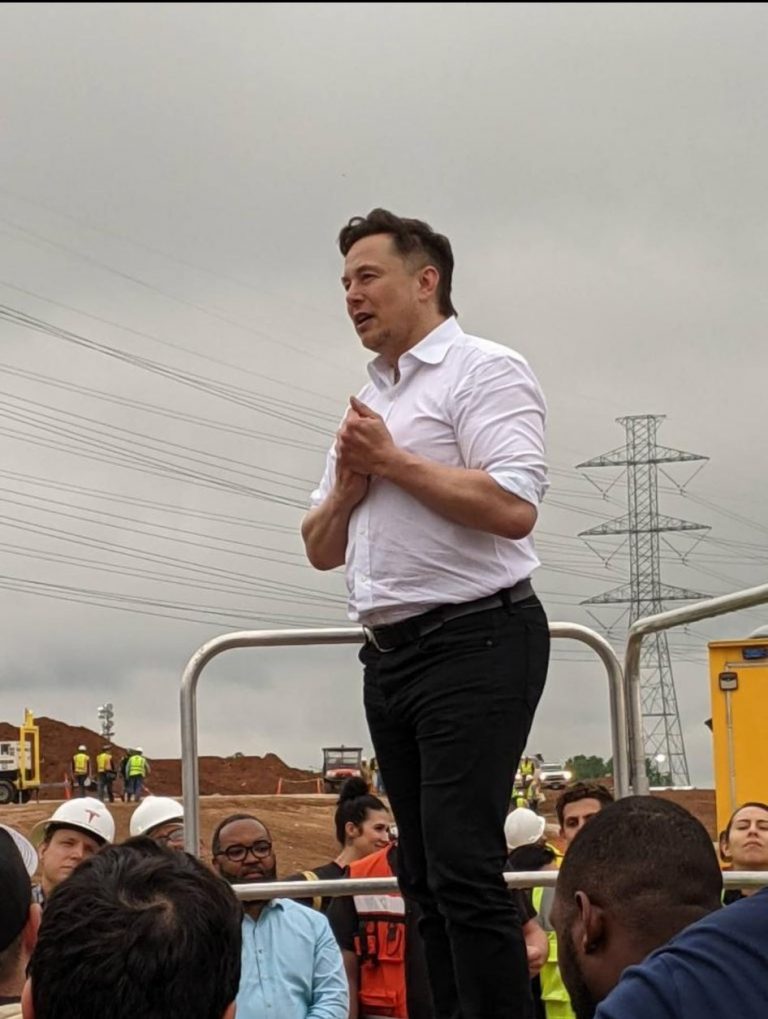 Elon Musk Drives Tesla Cybertruck to Gigafactory Texas The Cybertruck is back to it's home, upto some extent.

On Thursday, Elon Musk the Founder and CEO of Tesla took the all-new Cybertruck to its home factory. Furthermore, photos of him speaking to the workers in the factory were revealed.

It is said that this prototype Cybertruck was the same model which Elon drove in 2019. And this is the first model to be seen more than once in six months, though the production isn’t started.

In a tweet, Elon says he was just driving the Cybertruck where it is going to be manufactured.

I was just there, driving Cybertruck around the site where it will be built!

Elon took his time while driving around and hanging around the place. He walked drove the Cybertruck, walked around, and talking to some people nearby. 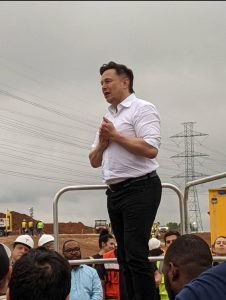 Furthermore, the truck is made of cold-rolled stainless steel in addition to the glass armor inside the truck.  It had super strong durability and passenger protection. Hence, the exoskeleton kind of protection gave it an elegant look, making the truck more appealing.

The glass armor on the truck is designed in such a way that the polymer layered compact can redirect the force. This technology is going to be next level, except we don’t know when the release will be.

As per the official website of Tesla, the Cybertruck can travel 0-50mph in 2.9 seconds. Also that it has up to 500miles range.

This year January, Elon Musk gave a statement about the Gigafactory in Texas.

“We’re no longer iterating at the design center level…We’ve got the designs fixed. We’ll soon order the equipment necessary to make the Cybertruck. I think it’s going to be an incredible vehicle. If we get lucky, we’ll be able to do a few deliveries toward the end of this year, but I expect volume production to be in 2022.”

Though Tesla is very much preferred by many, Tesla failed to deliver the product as announced earlier. On this reference, Elon points out that making a prototype is easy, it is the production that takes time.

With his announcement in January, this kind of prototype drive from Elon Musk itself was a big surprise to everyone. Upon that, he also talked with the people around, knowing the surroundings. His interests in whatever he does, from SpaceX, NeutraLink to Tesla are fascinating as he achieves to bring greater creations.