Elon Musk gets netizens to orbit around his Tweet yet again.

Elon Musk holds the topmost place in making people think about the most bizarre things. And recently, his tweet is really out of the world, literally. One tweet and the frenzy begins, and people lose no time in thinking if any thought has gone to the tweet at all. For the sake of argument, let’s say Musk knows how to fuel the thinking potential of his followers in the most unusual ways. Since we are talking about Elon Musk, eccentricity comes with the territory. 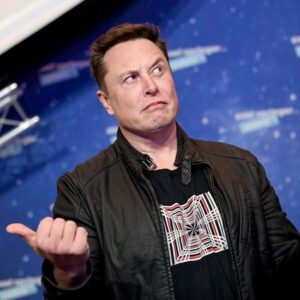 His recent tweet about Uranus and Pluto has opened the windows of the brains, with most people taking it seriously while the others are having a good time using it for comic relief. Seems like the Tesla CEO is behind new domains after Mars.

Pluto takes 248 years to orbit the sun, but Uranus only takes 84

We don’t really know the intricate ways in which his brain works or where he was heading with this. Perhaps it is just a harmless piece of information. Or it could have some deeper meanings. The stage is open for discussion and as usual, the discussion and speculation are raging. As long as there is Elon Musk, Twitter will never run out of interesting content.

The reactions and responses to this particular tweet range from highly intellectual to derogatory, with snippets of humor here and there. Perhaps, it is healthy to take our minds off the earth for a while and think about other planets for a change. All said and done, the ultimate question is ‘What was Musk thinking?’ And that answer would probably take more than 248 years.

Here are a couple of responses to the Tweet. Clearly, the minds of people are orbiting around this tweet with all solemnity of action.

Guesswork is on point

because Pluto is further away I’m guessing?

How about I land on Uranus pic.twitter.com/NjeVR8FO5z

Well, gratitude is a noble virtue.

No matter the planet, bitcoin is omnipresent.

All we care about is bitcoin.

Science or signs that we are getting the hang of the eccentricity as well.

Was that a gentle reminder ?

Let’s just say, his mind is nowhere on earth at this point.

When r u going to space @elonmusk ? pic.twitter.com/1AAhSXnyd1

Some people are just desperate and we cannot blame them. They have been waiting for a while too.

I ordered it 4 months ago

Please elon the wait is unbearable!

That by far is the most reasonable response to the tweet.

Sleep deprivation can do strange things to one’s brain which may or may not manifest in the form of strange tweets.

That question has become obsolete when talking about Elon Musk.

And some deeper meanings that perhaps even Musk was unaware of.