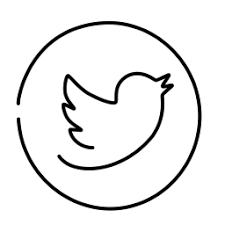 Elon Musk has asked the court to provide more time into the allegations made by former microblogging site employee, Peiter Zatko, who has been security chief at Twitter. Zatko in his 84-page revelation has said that the microblogging platform lacks enough infrastructure to prevent any cyber attack.

“Doesn’t justice demand a few weeks to look into this?” said Musk’s lawyer, Alex Spiro, at a hearing in Wilmington, Delaware.

Zatko also said that the micro-blogging site is relying on a non-relevant set of data to estimate the number of bots. Elon Musk and Twitter are engaged in a legal battle. The five-day trial at Delaware court is reported to begin on October 18.

What Has Musk Argued In Court?

Musk’s lawyer argued in court that, Musk should be given several weeks so that he can analyze the disclosures made by twitter former employee. The micro-blogging site twitter’s former employee revelations became public last month. Reportedly the experts think that the allegations are expected to add ammunition to Musk, who is looking to opt out of the deal.

The microblogging site Twitter has pleaded in the court to order Musk to purchase twitter on the deal initially decided. The microblogging site has requested the court to ask musk to purchase Twitter at the price of 54.80 dollars per share. The court is yet to announce its order on the case. Musk has time and again said that one of the main reasons for him to come out of the deal was bots.

Mr Musk is blaming Twitter for his failure to do customary due diligence,” said William Savitt, an attorney for Twitter.

Recently a study also pointed out that, most tweets made on the war between Ukraine and Russia are coming from bots. The study also brought out that the major portion of bots was transparent about tweeting using bot handles.