Elon Musk often gets in trouble for his raw sense of humour. Even though the Tequila joke didn’t put him into any trouble it for sure became quite controversial. In April 2018, he showed off “Teslaquila” and with a message of bankruptcy. But, now the company’s official site lists it, and at this moment it’s out of stock.

The most interesting part about the drink is the shape of the bottle. It looks so damn cool. Tesla’s site says that it is made from “premium 100% de agave tequila añejo aged in French oak barrels, featuring a dry fruit and light vanilla nose with a balanced cinnamon pepper finish”. Only 21 years or older can purchase, and presently, Teslaquila is available in selected US states.

What’s so special about Tesla’s Tequila? 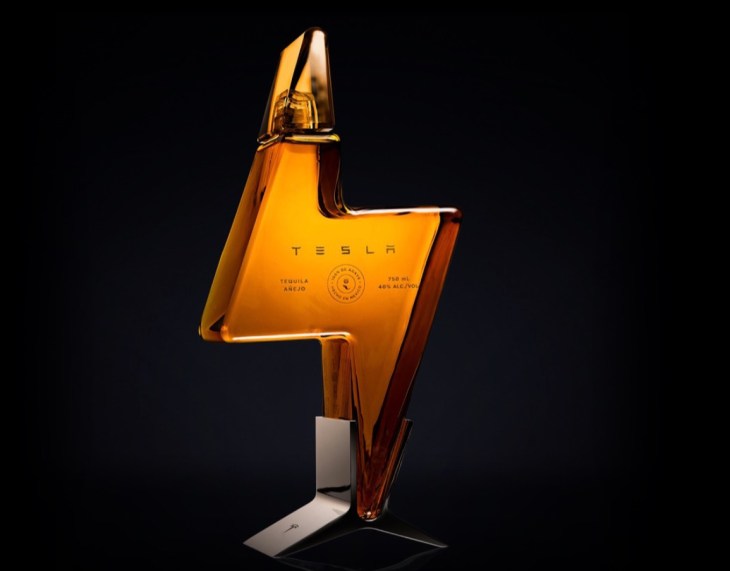 The entire fiasco of Tesla’s Tequila started as an April fools joke in 2018. Elon Musk posted a photo of him passed out with the Tequila bottles and a board with “bankwupt” written on it. But by the end of 2018, Tesla trademarked Teslquila making it a legal brand. Tesla has now become the first automotive company to sell liquor. And that within itself makes the entire thing more interesting.

And if you ask why is it so expensive then because they aren’t experts in the field? Well, first of all, the design of the bottle and secondly it’s not for everyone. Some things like this are only meant for enthusiasts. So, well those who really are going to get a bottle of Teslaquila aren’t going to complain about the price.

Tesla never fails to surprise us, sometimes with the latest tech and sometimes with tequila. What do you think is the motive behind this love? Let us know in the comments below. Also, if you found our content informative, do like and share it with your friends.

Also Read: How to use Google Pay to make in-store purchases using your Android phone?