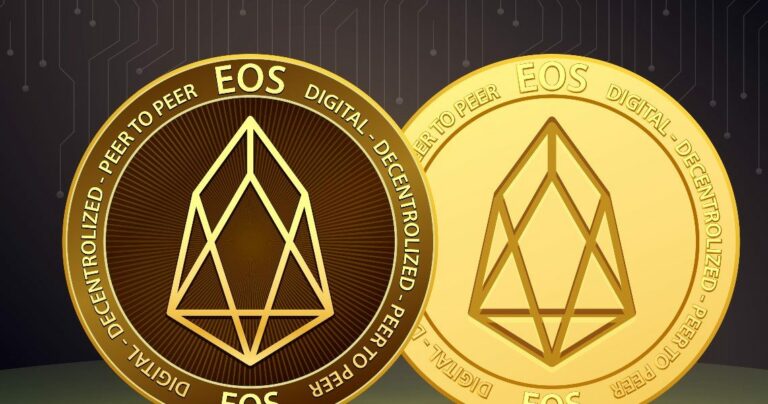 EOS: Everything you need to know

Over the past few years, virtual currencies have managed to completely take over the global payment system and have had a surge in their growth and popularity, that too at a rate that was never really anticipated. The crypto industry has managed to lure in potential investors from all across the globe and has marked its presence worldwide.

Having said that, I believe a majority of you are already familiar with the basics of the industry but, if for some reason you are still not aware of what it really is, let me help you with that first. Crypto is nothing but simply a form of digital currency that can be used for a variety of purposes including the purchase and sale of goods and services as well as for the purpose of trade and exchange over crypto exchanges online

In simpler terms, crypto is a blockchain-based platform that is said to be decentralized to its very core. Speaking of blockchain technology, it is worth noting that, the crypto industry uses blockchain technology for all its functions, which also helps in recording and verifying each and every transaction that happens over the network, thus completely eliminating the risk of counterfeiting and double-spending.

Also, being decentralized, crypto is one such industry that is more than capable of stepping outside the overall control and jurisdiction of central authorities and can work freely without any unnecessary government interferences.

As mentioned, cryptocurrencies have been around for a long time now and have definitely managed to make a name for themselves on a global level but, was this always the case? Probably not, as when the industry was first introduced, not many currencies were available back then, and frankly, not many investors were interested to be a part of it either, naturally so because back then people lacked confidence and security in respect to their investments and were not very sure about the kind of return they could expect from the currencies they put their money into.

On the contrary, looking around today, you see numerous currencies available today in the marketplace, with newer ones coming up with each passing day and several new investors joining in every hour. Also, it is worth noting that, some of the major contributing factors for this huge success of the crypto world include its high-profit margins, ease of use, convince it offers, portability, its intuitive nature as well as its volatility of course.

Speaking of being volatile, this means that the price fluctuations in the cryptocurrency marketplace are almost immediate, thus making it even more difficult for you to predict the future trends of a particular currency for you to act accordingly.

Talking about a lot of currencies available today in the marketplace, some of the most popular currencies that you can invest in right now include Bitcoin, Ethereum, Binance Coin, Cardano, Dogecoin, Baby Doge as well as EverGrow Coin to name just a few of course.

Now that you have a brief backstory about the crypto world, you will be able to have a much better understanding of what we have with us today, EOS. To know more, I suggest you read further!

Everything to know about EOS

EOS is nothing but a platform that is said to be designed in order to allow developers to build decentralized applications (DApps), with a goal of making it as easy as possible for programmers to be able to embrace blockchain technology and ensure that the said network is a lot more user friendly and intuitive to use than its rivals.

Founded by a company known as Block.one, EOS was launched around three years ago, back in June 2018 after an initial coin offering that managed to raise a stunning figure of nearly 4.1 billion dollars. Also, EOS is also the native utility token of the platform, which can be used for a variety of purposes on the platform itself.

Basically, EOS is a cryptocurrency that is made such that, it is able to support large-scale applications and as a matter of fact, there are no fees to send or receive EOS. Instead of this, the said protocol is known to reward the entitles that run the network periodically with the all-new EOS, effectively substituting the rise in prices for transaction fees.

As a result of all this, several tools and a range of educational resources are provided in order to support developers who want to build functional applications quickly. Not just that, some other priorities of the platform include delivering greater levels of scalability as compared to other blockchains, some of which can only take care of even less than a dozen transactions per second.

In addition to this, EOS is one such platform that is known to support authentication and access, data hosting, giving permissions, communication between the internet and decentralized applications as well as usage management. Also, the platform is said to use a software officially known as EOS.IO, which is similar to the operating system of a computer. This particular software is known to manage and control the entire EOS blockchain network as mentioned earlier.

Not just that, EOS.IO uses blockchain-based architecture for horizontal as well as vertical scaling of decentralized applications (DApps), thus supporting individuals and various businesses to develop blockchain-based applications in a way that Is more or less similar to web-based applications. Furthermore, speaking of the EOS token, you should probably be aware of the fact that, a developer is required to only hold EOS coins, rather than having to spend them in order to use network-based resources and to build and run DApps.

On a similar note, token holders on the platform who are not running any applications can also allocate or rent their bandwidth to some other participants who are in need of it. As mentioned previously, EOS shook the entire blockchain world after its first ICO a couple of years ago and has managed to establish itself as one of the top five virtual currencies within just two years of its launch. However, the primary aim of the platform is to overcome the challenges of traditional blockchain platforms and one of its biggest competitors, Ethereum.

As you are aware by now, EOS is focused on creating familiarity for its users, while EOS.IO is probably best compared to an operating system of sorts like IOS or Windows for instance. Not just that, according to the company officials, the platform is said to have the capacity to accommodate the demands of hundreds of decentralized applications, even if they were being used by a significant number of people.

Other than this, the overall efficiency of the platform is said to be driven by two major factors, modular approach as well as parallel execution of course. As mentioned, token holders also have the ability to vote for block producers along with other important matters such as protocol upgrades.

However, many critics point out the fact that extensive involvement of Block.one with the project is seen as the project being rather centralized and some even argue on the basis that, this is the exact opposite of what blockchains and virtual currencies were meant to achieve.

Now that we have talked much about EOS, some of you must be wondering, whether or not it is a good idea to invest in the platform? If that’s the case, then let’s find out, shall we?

As of today, the price of EOS is about 3.37 US dollars with a twenty-four-hour trading volume of 1,446,677,634 dollars. Not just that, in just the past twenty-four hours, the value of EOS has gone down by 9.29 percent, and with the current market cap of 3,284,792,687 US dollars, EOS is currently placed at 50th position as per the CoinMarketCap rankings.

Also, it is worth mentioning that, the current circulating supply of EOS is 973,392,658 EOS coins but unfortunately the maximum lifetime supply of the currency is not yet available. In just the past week alone, the price of the platform has gone fallen by 15.02 percent.

Reading so far, you must have gotten a fair understanding of the platform and by now, you should be able to figure out on your own whether or not investing in EOS is the right thing for you to do. Seeing what it has to offer when combined with its performance in the recent past as well as its plans for the near future, I certainly believe that EOS can prove to be a profitable investment in the near future, which is likely to provide you with higher returns and it is a possibility that your current investment may increase in value. But again, nothing can be said for sure!

If still not convinced, see it this way that, if say you buy EOS worth a hundred dollars today, you will receive nearly 30.205 EOS. According to the analysis done by experts on the field, after five years of your investment, the return is expected to be about +230.38 percent and thus, your current hundred dollar investment will be nearly 330.38 US dollars in 2026.

As mentioned at the very beginning, crypto is a highly volatile marketplace and is extremely uncertain. Thus, It is very important for you to understand the fact that just like any other currency in the crypto marketplace, EOS does have its own risks as well and you should invest only if you are willing to take those risks and bear any and all losses if at all necessary.

If you are wondering, where can you buy EOS? Let me help you with that. Currently, EOS is available on all major crypto exchanges but, some of the popular exchanges that have EOS listed on them include Binance, Mandala Exchange, Huobi Global, OKEx as well as CoinTiger to name a few.

In conclusion, what are your thoughts on EOS? Do let us know in the comments below. To know more about various cryptocurrencies, do check out other articles we have on our website. Thank you for your time & if you found our content informative, do share it with your investor friends!

Also read: Circuits of Value: Everything you need to know