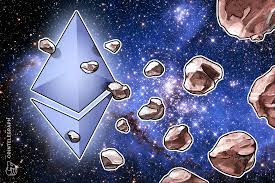 Ethereum avoids attack as ‘client diversity’ comes to the forefront

Crypto-hackers are infamous for finding even the tiniest flaw in networks and exploiting it, with different degrees of success. Ethereum has been the target of one or more of them in the last 24 hours. On Tuesday, an unknown entity attempted but failed to attack the Ethereum network. Although it was successful in fooling a few nodes, it was not successful in fooling the entire network.

On Twitter that is Thursday, Ethereum developer Marius Van Der Wijden confirmed the same, alleging that the attacker issued a long chain of about 550 blocks, all of which had false proofs of work. Instead of following the recommended path to mine the blocks, the attacker produced them at random and broadcast them to the rest of the network.

Someone unsuccessfully tried to attack #ethereum today by publishing a long (~550) blocks which contained invalid pow’s. Only a small percentage of @nethermindeth nodes switched to this invalid chain. All other clients rejected the long sidechain as invalid

This faulty chain caused a tiny fraction of nodes running Nethermind, an Ethereum client, to failover. Most Ethereum nodes, on the other hand, rejected this extended side chain since the proof of work was fraudulent.

The chain has been overtaken in length by the good chain now, and should be overtaken in difficulty soon. Also looks like the attacker is not mining further on his published invalid chain. Another great demonstration of how client diversity makes #ethereum stronger.

The sidechain containing the forged blocks has been overrun by Ethereum’s main blockchain, prompting all impacted nodes to return to it. This instance was “another fantastic demonstration of how different clients make Ethereum stronger,” according to the developer because all other clients save Nethermind rejected the false blocks. He wrapped up by assuring the community that “no immediate attention from the node operators is required.”

The Ethereum network was harmed earlier this month when a serious fault in the most widely used program for verifying transactions on the network, “Go Ethereum” or “Geth,” was discovered. After 54 percent of nodes were afflicted by the problem, particularly those who had not upgraded their software, half of Ethereum’s ecosystem separated onto a side chain.

However, most Geth traders immediately improved their systems, preventing a disastrous double-spend attack.