Everything you need to know about Apple’s WWDC 2022 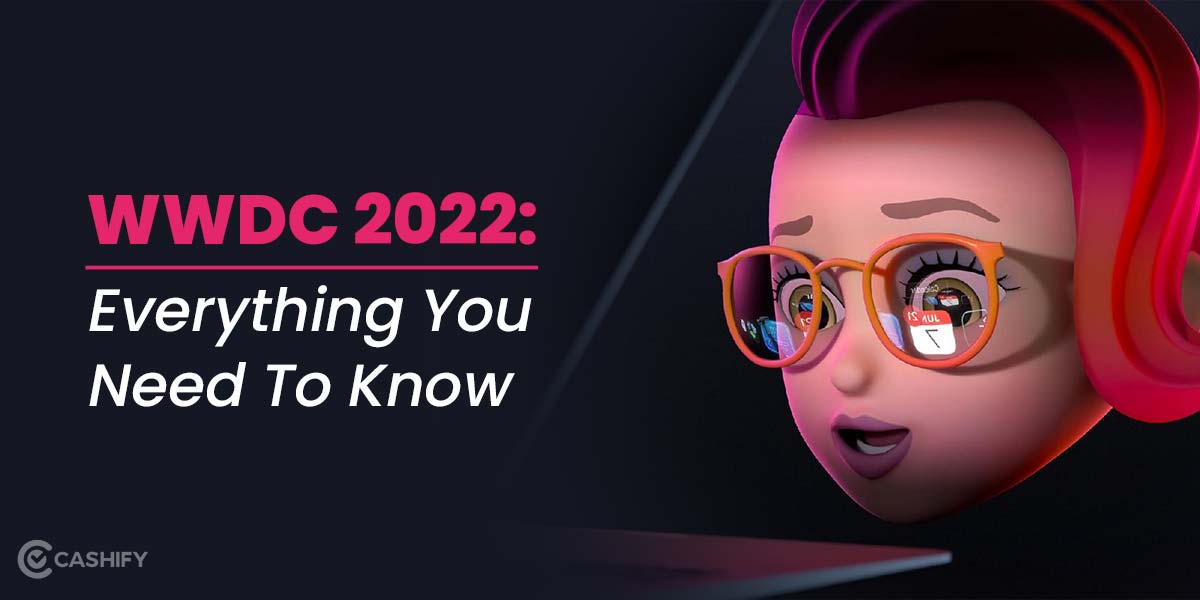 As you know, the most anticipated event of the year is just a few hours away. Yes, the first Apple event of 2022 is here, and like previous events, this event will also be streamed online. Just like what we have been seeing over the years, this time too, we have a lot of rumors with respect to today’s Apple event. Not just that, not all of these rumors are false and today will be talking about a lot of things, one of which is with respect to what we can expect from Apple WWDC 2022.

As you probably are well aware, Apple Inc. is nothing but an American multinational technology company that is known for being specialized in consumer electronics, online services as well as softwares, headquartered in Cupertino, California, United States.

Having said that, every year, the global tech giant is said to hold a conference in order to announce the upcoming major software updates and at times announces its new products that are in the pipeline and are about to be launched in the international marketplace. This conference is known to usually be held in the San Jose Convention Centre in California.

In other words, Every year, to kick off the WWDC, Apple holds a keynote event. The keynote for WWDC 2022 is set to take place on Monday, June 6, with the Livestream kicking off at around 10:100 am Pacific time (10:30 am). Now, for some of the yu wondering, where would you be able to stream this mega event? So, Apple plans on streaming this event on the Apple Developer App, Apple.com, Apple TV, Apple Developer Website as well as YouTube of course, with on-demand playback available but only after the conclusion of the stream.

Not to mention, this event will be hosted in an online mode and would last from June 6-10. In addition to this, apart from the online conference, Apple will also be hosting a special day for students as well as developers at Apple Park on June 6 in order to watch the keynote and State of Union videos together, along with the online community, thus adding an offline element of sorts to the event after nearly two years of being entirely virtual. To begin with, the said event is primarily meant for several software announcements, but the rumor has it that, the tech giant might also unveil some new MacBook Airs too. Apart from this, Apple is surely expected to showcase the next iteration for macOS, IOS, watchOS, and iPad OS, while also giving us a look at its new reality OS, which is nothing but a software that is going to power its upcoming mixed reality AR/VR headset.

At this particular event, Apple is expected to be introducing us to the much-awaited IOS 16, the next generation of IOS that will be powering its next generation of iPhones including the iPhone 14 line-up that will most likely be launched sometime in September this year.

Moreover, the IOS 16 is expected to be launched with a host of new features which also include an Always-on functionality. Not just that, apart from just a revamped design, the OS is also expected to bring new wallpapers, health features, and additional features to the iMessage service along with other usual bits.

As talked about previously, there have been rumors lately, suggesting that Apple may introduce a reality OS for its much-awaited AR/VR headset. However, the recent reports state otherwise It is much more likely to be seen if the company will debut reality at the event. Moreover, Apple is also said to have been planning to announce a new M2-powered MacBook Air at the event.

All in all, the new software version should bring in updates that will surely make it much easier and better for us to interact with the devices. Also, the Always-on display that we just read about will help make the best of the new notch-less design in the iPhone 14 Pro models, along with several new apps. 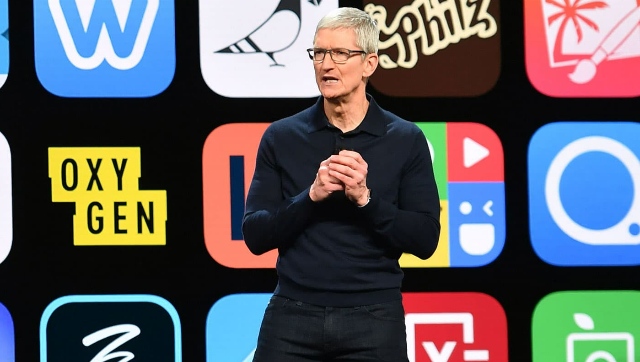 On the other hand, for iPad OS 16, rumors suggest that the company might just bring in more features with respect to multitasking in order to help treat the tablet more like a laptop and less like a smartphone substitute!

Moving on, next up we have the macOS 13, which is expected to be bringing in a new focus mode as we have recently seen in our iPhones, and rumors do suggest that it might be called Mammoth. In other words, as we know by now, the tech giant may also upgrade its so-called catalog of applications, including the health app, and is said to make some changes when it comes to the lock screen, which I do think is a great effort as just like me, I do believe that most of us have been bored of the plain and simple lock screen of iPhones which like in the case of Android cannot be made changes to.

What is much awaited is that, as a part of WWDC 2022, the company may give certain insights into what we can expect, from the feature, since the new iPhone line-up is launched later this year. Speaking of the future of these devices, Apple’s reality OS powering its future mixed reality headset is not actually expected to make an appearance just yet but as per reports, it is said that, the company might showcase software features focused on AR/VR.

Furthermore, it is probably worth noting that, though according to recent rumors like always, it was anticipated that, Apple might launch the next generation of MacBook Air, powered by the new M2 processor but the supply chain crisis has really managed to complicate the plans. Apart from all of this, Apple has also stated that the company’s growing global community of about more than thirty million developers will be gaining insights and access to the tools and technologies in order to bring their vision into reality.

Although the said event is meant for Apple developer partners the vent is very popular amongst all Apple enthusiasts, just like you and me as the company throws a spotlight on a lot of important launched for a particular year during WWDC, thus creating a hype for such products and create that curiosity which leads us to make a purchase!

As we probably already know by now, in the recent past, the tech behemoth has managed to unveil several hardware products during such Keynote speeches including the new iMac Pro in 2017 and the new Mac Pro and an entirely new play in 2019.

Since we have already covered most of what is to be known for today’s event, a few other things that are worth noting include, speaking of the WatchOS 9, the new operating system for the Apple Watch will be revealed at WWDC 2022 and could bring in a lot of important health and fitness feature to the Apple watch owners all across the globe.

Also, since last year’s watchOS 8 update was only made available for those who are running a Series 3. If you have got a Series 4 or later, you should be more than a fine in order to get the 2022 update, and the Series 3 might even get one more year in the sun. 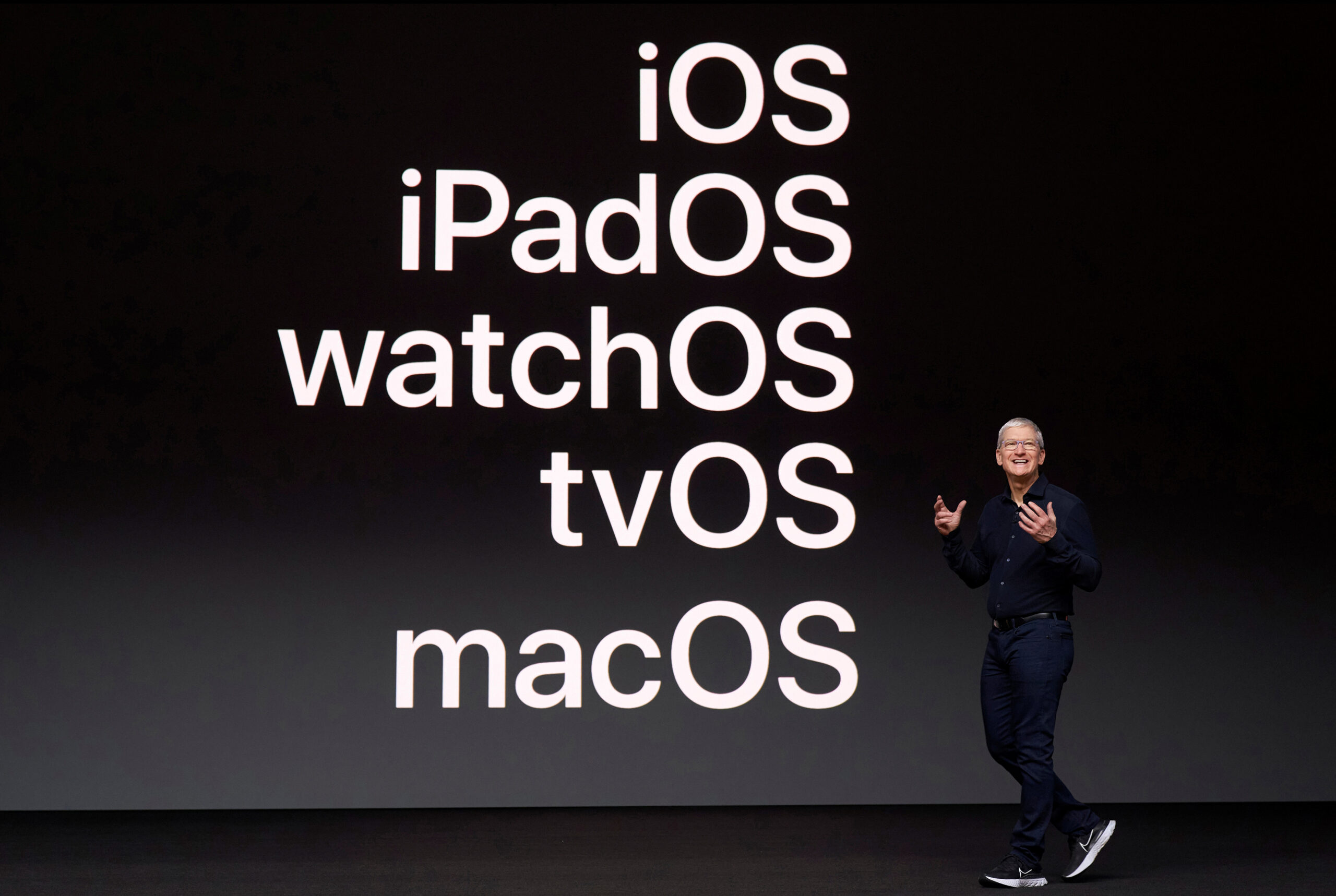 The lowest profile of the five operating systems is perhaps the tvOS that runs on the infamous AppleTV. Last year’s tvOS 15 updates just added new Siri capabilities multi-user recommendations as well as the ability to screen share programs with friends with the help of SharePlay.

Reading so far, I hope you have gotten a fair insight into what is Apple’s WWDC 2022 all about, and by now, I believe you would be more than excited for tonight’s event and will be buckled up for an amazing event by one of the biggest and most popular tech firms all across the globe.

Not to mention, just like me, I hope you are also keen to know as to what we can expect from Apple later this year and even if not, we will surely bring in a fresh new article for you with respect to the rumors about Apple’s event in September! Until then, let’s enjoy the show.

In conclusion, what are your thoughts on Apple’s WWDC 2022? Do let us know in the comments area below. To know more about such reports, do check out other articles we have on our website. Thank you for your time & if you found our content informative, do share it with your investor friends!