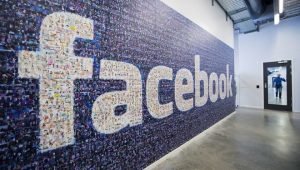 Facebook has long been pooling resources and channeling talent and skills towards the development of Oculus Studios. And Friday the announcement made by the company concerning its acquisition of Downpour Interactive created a huge wave of excitement and intrigue among the fans. With this acquisition, the Oculus division of Facebook has gained yet another virtual reality game developer which has made a mark among the fans. The acquisition will be equally beneficial to both the companies, helping them to grow and progress through a symbiotic relationship.

Downpour Interactive is a popular and well-known name among gaming enthusiasts, thanks to its hit multiplayer masterpiece, Onwards. Onwards is the very first game developed by Downpour Interactive and the brilliant challenges and tactics incorporated into the game did bring a downpour of praise and success. 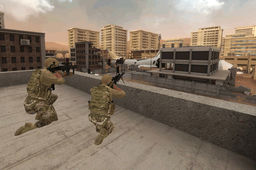 Being a part of the Oculus Studio will give the company a better ground to explore and develop by using the varied resources and support from Facebook. It will be able to improvise on the Onwards community, while also leaving space and opportunity to pursue more innovative projects in the future.

“We have seen great success with Onwards on the Oculus Platform- first on Rift and more recently on Quest.”

The collaboration will help Downpour Interactive to accelerate its growth strategies.  As per the reports, the entire Interactive Team of Downpour will join hands with the Oculus Studio for future projects.

Downpour has a wide range of plans for the future, with the primary objective of extending its reach to as many people as possible and giving everyone access to their brilliant gaming experience. They also intend to explore newer domains of VR, to accelerate its growth and development. The innovative and intriguing plans will definitely get a speed boost with the acquisition.

Dante Buckley (CEO and Founder, Downpour Interactive) also added that the feature strategy will be the same, the only change being an accelerated development due to the acquisition. The company will also hold reins of control over all the development processes.

We are excited to announce that Downpour Interactive is joining Oculus Studios. We know you have questions and we have built an FAQ to help answer them. For more details, including a message from our founder Dante, visit our website at https://t.co/fJCke9C8R5 pic.twitter.com/5Kub7kfpVc

In addition to this recent acquisition, Facebook had also acquired Beat Games, the developer of Saber in 2019, and Sanzaru Games and Ready at Dawn in 2020.