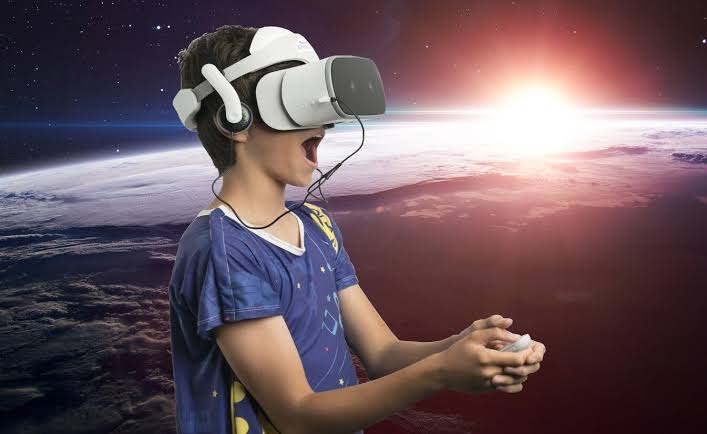 Virtual and augmented reality has slowly but steadily been becoming a major part of the real-life reality, from gaming to medicine, and social media giant Facebook has just come up with a cool (apparently) new way to make it even more mainstream. The platform has said that it is all set to start the testing of advertisements on its Oculus service through virtual reality titles available on the interface.

The first such product that will be rolled out, will come equipped with ads inside a solitary gaming shooter title, that is, Resolution Games’ Blaston.

Testing on a Few Apps for Starters

A statement by the company says that as of now, its looking to test the new programme with a couple of apps, and based on the feedback from the community and developers, the ads may eventually make their way to a broader range of platforms, including being integrated into the Oculus Platform, as well as the Oculus Mobile app.

The new feature will allow users to hide, mute, or even see the reason why they are being served an ad.

Even as this new feature rolls out, Facebook is in no way unaware of the potential security and privacy-related questions that could arise from it, and has already taken to answering a few of those. The firm claims that it won’t make use of any data that’s locally stored on the Oculus headset, which also extends to the images that are captured by the system’s cameras while creating a virtual reality experience. It also says that it does not intend to make use of movement-related data. Additionally, keeping in mind how it failed to inform users about not using smartphone mics to target ads by recording and screening conversations, it has also given users a heads-up about not using audio conversations on the headset to target ads.

Virtual reality seems to be a really promising avenue, at least to the eyes of those at Facebook. The company has long been splurging out millions to support its Oculus ecosystem, often with no regard whatsoever to what the current state of revenues generated is. Moreover, this new moves seems to depict the platform’s eagerness to get as much out of the virtual reality technology, as possible, possibly as a means to make its VR products more amicable to “aggressive monetizing”.