The FBI has reportedly put out a PSA about a new crypto scam, one that’s way more interesting than most others of its type. The authority is warning people that con artists have apparently come up with a novel way to scam people, one that involves cryptocurrency ATMs.

Not Sophisticated, But New Nonetheless 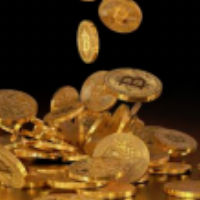 The new method allows con artists to convince persons into feeding their cash into a crypto ATM, followed by sending the purchased digital coins to said scammers through a QR code-linked address. While the tech isn’t necessarily what one would describe as “sophisticated,” it’s still an amusing (and concerning) way in which criminals are polishing their ways.

Detailing the process, the FBI has said that the scammers contact victims and convince them to send money, mostly either by making false promises of riches or love, or by impersonating institutions like banks. Once they have been coaxed, the scammers have their targets feed money into an ATM that sells cryptocurrency and supports QR codes, by asking them to scan a code sent to them.

This will direct the machine to sell the crypto purchased by these persons to the scammer’s address. And that’s it. That’s all the scammers have to do to exploit unsuspecting targets, making them lose crypto worth a lot of money.

A New Take on Wire Transfer

Interestingly, the scam happens to be a modern take on wire transfer fraud, wherein scammers convince people into sending their money through a method that’s very difficult to trace or undo. The “upgrade” has two facets, one of providing the cons with cryptocurrency instead of cash, while also being less friction than wire transfer, which requires targets to fill out a form and (potentially) hand it over to another person. It’s also rather easy, since most people likely already know how to scan QR codes and how to use and ATM.

Keeping this in mind, both the Bureau and the Federal Trade Commission (FTC) have listed quite a few guidelines to help people avoid being scammed by such fraudsters. The basic requirement, though, in all likeliness is to be weary of anyone you don’t know asking you to send money to them. The guidelines do say that in such an instance, refuse to send the money altogether, no matter which route they’re asking you to use, crypto or otherwise.