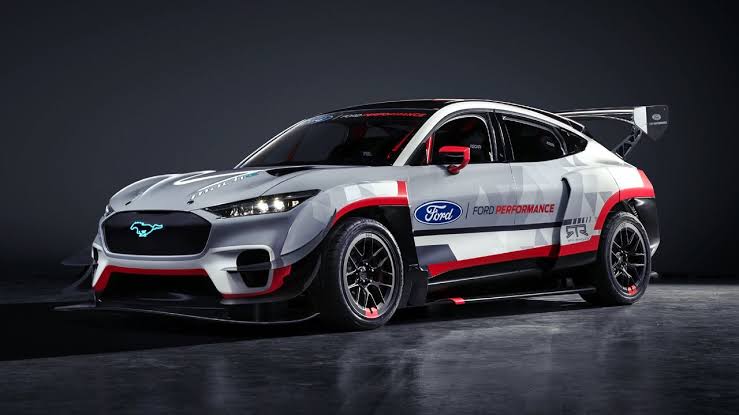 As Ford’s CEO Jim Farley tweeted about Mustang March-E 1400 being an absolute machine. He added that it would be “good idea” for the March-E to drag race with Tesla Model S Plaid.

Ford Mustang March-E 1400 is known as a monster with 7 electric motors. It has three electric motors in the front and four Motors at the rear. Total it gives 1400 horsepower, a beast designed for track race. And the Brembo brakes with hydraulic handbrakes are highlights of this beast.

It started out when Jim Farley tweeted after his test drive with the March-E 1400. As he only mentioned it being a nice absolute machine. There were no further details mentioned. Though it didn’t matter as Model S Plaid recentry started delivering to its customers. The challenge makes sense considering their features being close enough.

I can confirm the all-electric #MustangMachE 1400 is an absolute machine. Thanks @FordPerformance for letting me test drive it. pic.twitter.com/NOgtk4ZOhO

Comparatively Tesla Model S Plaid already is known as the fastest production car with 0-60 mph under 2 seconds. And March-E 1400 can travel a quarter miles 134.5mph in 10.78 seconds.  As Jim Farley already took a jab at Tesla for Ford’s Blue Cruise. Now he didn’t back out when he got the chance to do something more interesting this time.

As a reply came asking him to brag after the March-E competes with Model S Plaid in asking drag race.

Last year when the prototype was released, the Chief engineer of Mustang March-E said,

“Now is the perfect time to leverage electric technology, learn from it, and apply it to our lineup. Mustang Mach-E is going to be fun to drive, just like every other Mustang before it, but Mustang Mach-E 1400 is completely insane, thanks to the efforts of Ford Performance and RTR.”

Furthermore Vaughn Gittin drove the car and said, “Getting behind the wheel of this car has completely changed my perspective on what power and torque can be. This experience is like nothing you’ve ever imagined, except for maybe a magnetic roller coaster.”

But the one Jim Farley drove is updated with improvised features.

However Tesla Model S Plaid has already broken multitle records. Though the March-E may not beat it to Model S Plaid. It is an interesting competition and we are looking out if that’s going to happen.

As Elon Musk is known to take such challenges,  it is most likely to happen.