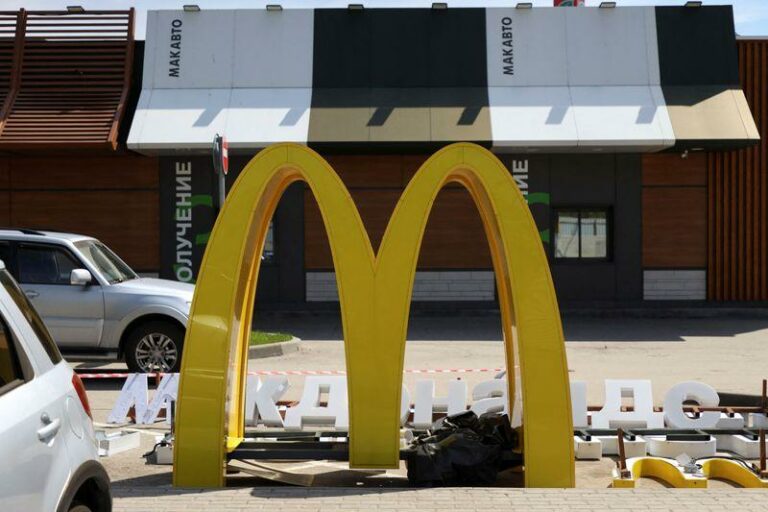 McDonald’s business in Russia has reportedly registered possible brand names for the firm taking over the fast food restaurants in the country. Patent filings from Friday, May 27 show that possible names for it are ‘Fun and Tasty’ and ‘The Same One.’

The largest burger chain of the worth has around 850 restaurants in Russia. It is selling up to one of the local licensees in Russia as a response to the war in Ukraine, which further led to sanctions and outrage from the West. The restaurants in the country have been closed since early March. Moreover, McDonald’s announced that it would offload its business entirely in the country on May 16. As it planned to leave the Russian market, the fast food company appeared determined to not leave their employees in Russia hanging.

Similarly, another American company, Starbucks announced its exit from the Russian market, closing its 130 cafes in Russia. The coffee giant was another significant western presence in the country, which is leaving the market following Russia’s military operation in Ukraine.

On Friday, the fast food giant stated that the trademarks registered with Russia’s Rospatent agency. This from which it finally planned to choose one brand, which also includes names like ‘Just Like That’ and ‘Open Checkout.’ McDonald’s owns about 84% of its outlets in Russia, making it one of the most prominent international brands to leave since the outbreak of the invasion in February.

The restaurants owned by McDonald’s are being sold to Alexander Govor, who runs a franchise operation of as much as 25 restaurants. Moreover, other franchisees would get the option to either work under this new brand or any other of other choice.

The successor confirmed its plans to remove of all the golden arches of McDonald’s from the location, something the fast food giant refers to as the “de-Arching” process. This mainly includes the removal of the company’s logo, name and menus. However, according to Interfax quoting Moscow Mayor Sergei Sobyanin, this new replacement would retain the same menu from McDonald’s.

Clearly, this is not the first time that Russian entities get involved in breaching intellectual property names for companies of the West, or McDonald’s f0r that matter. In March, the Russian State Duma backed a knockoff of McDonald’s named Uncle Vanya to outdistance the Russian business of the company. On the other hand, the government had evidently greenlit patent theft from companies coming from nations opposed to the Ukraine invasion.