Solarwatt International is a German-based solar energy technology developer and manufacturer. Backed by BMW’s billionaire shareholder Stefan Quandt, the company aims at Shell-owned Sonnen and Tesla’s energy storage system. Solarwatt is launching a small module for homes that allows the energy from the solar rooftop to be stored in batteries and electric vehicles to reduce costs. 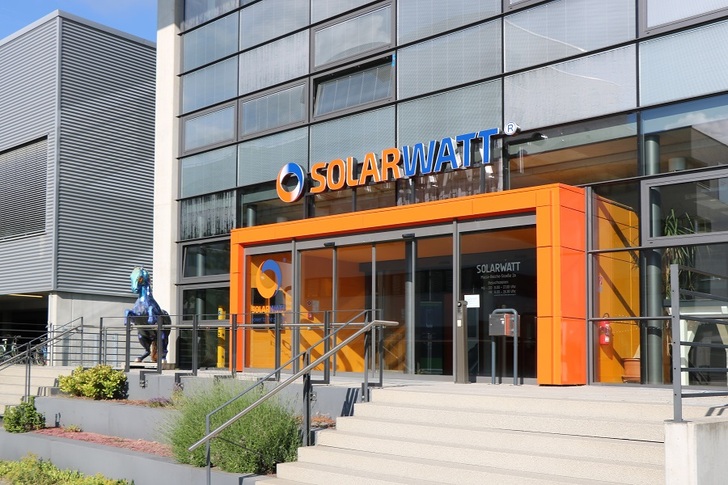 Known as Wallbox, the system allows the owner to control the photovoltaic power that is stored whenever that is possible. Interestingly the owner can use the power to be sold to the grid, or also use it for their electric vehicles. Tesla’s solar system is majorly available in Germany, Australia, and the US. The development of Solar rooftops and energy storage systems is still going on. However, Solarwatt came up with a futuristic idea playing along with the top up-coming top players. Some of the top players include EnBW’s Senec, LG Chem, Varta, and China’s BYD.

Aims to be the top player

Solarwatt’s Vice President Customer Solutions, Peter Bachmann said, “The energy manager is the brain of the home. It distributes the power from the roof intelligently.”Besides Germany, Solarwatt is available in France, Spain, Britain, Netherlands, and Australia. By the end of 2022, Solarwatt aims to be among the top 5 players in the industry. Connecting energy systems and vehicles is a potential market as Europe has rigorous plans to electrify.

As the company’s majorly owned by Quandt, the half-owner of BMW, they know the growing electric vehicle era. Solarwatt is taking a strategy plan from Tesla, and competing with them. Quandt said last month, “We are showing that we have a holistic way of thinking in our DNA,”

Ahead of the US, Australia, and Japan, Germany is the top market for energy storage systems. Since 2015 there is a 60% growth in the battery market, fueling 16 million houses in Germany. A smart energy storage system allows the devices to be linked and show details like production and prices. Suppliers have been working on the smart energy systems driving customers from virtual communities.

Partner at Berylls Strategy Advisors, Andreas Radics said, “The decisive factor will be who gets to supply the entire household system from photovoltaics to storage batteries and (EV) wall boxes.”While not everyone can afford electric vehicles, however, the solar energy storage system can be beneficial and replace oil or gas boilers.