General Motors buys a 25% stake in the electric boat startup, Pure Watercraft which is valued o be $600 million. The motorboats used by Pure Watercraft are lithium battery-powered and also use a plug-and-play design mechanism. Founded in 2011, the company allows for any boat haul to use its motors. 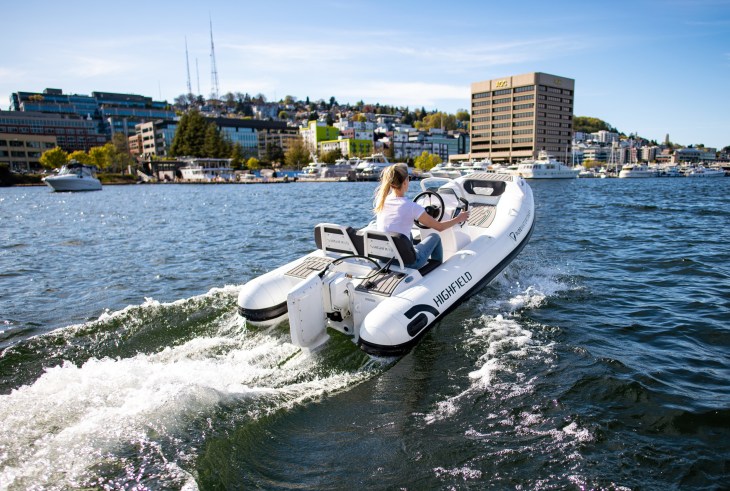 Pure Watercraft makes all-electric outboard motor systems, which it calls Pure Outboard, that can be used as a drop-in replacement for boats that would use a 25 to 50 horsepower gas-powered motor. The company has also partnered with major boat manufacturers to sell complete electric boats, including a pontoon barge, fishing boat, and two rigid inflatable boats.

Pure Watercraft says its electric systems require zero maintenance compared to gas engines, in addition to eliminating fossil fuel pollution. The range is also likely to suit a pretty wide range of consumer use cases — the company notes on its website that Pure Outboard could support a nearly four-hour, 20-mile fishing trip with a 15% charge to spare.

The company raised a $23 million Series A led by L37 last September to spin up production, nine years after the company was founded by CEO Andy Rebele. With this latest investment from GM, the two companies will co-develop and commercialize battery technology, “integrating GM technology into a variety of applications,” the automaker said in a statement.

This is just the latest signal that electric technologies are starting to move far beyond road vehicles or even aircraft, to transportation and mobility formats that have continued to be dominated by conventional gas propulsion. Ten-month-old electric watercraft startup Arc has raised $7 million in total funding, including bringing on several new investors last month. Seattle startup Zin Boats is also developing an electric speedboat.

It’s also a noteworthy move for GM, which is already exploring ways to use its technology in other mobility industries, like rail and aerospace. Earlier this year, the company partnered with Wabtec to develop electric freight locomotives using hydrogen fuel and batteries. GM also announced a partnership with Liebherr-Aerospace to jointly develop a hydrogen fuel cell demonstration system for aircraft.